Cochrane Ranche was established in 1881 and operated for 97 years with numerous owners [1]. Each owner developing the site to take advantage of the rich resources offered by the land [1]. This structure was constructed in the 1920s as part of the Brickyard established by Peter Collins [1, 2]. The building is initially thought to have been a bunkhouse for the Brickyard, but was also referred to as a stable by later informants [2]. The building is thought to have stood from 1921 to 1971 based on the artefacts associated with the structure, after which the building was demolished [2]. The remains of the building were excavated by Bison Historical Services prior to the construction of an interchange at the intersection of Highway 1A and Highway 22 by Alberta Transportation [2].

The Cochrane Ranche Company was founded in 1881 by Senator Matthew Cochrane on a grazing lease of 109,000 acres surrounding what is now the Town of Cochrane [1, 2]. A herd of 6,800 cattle came from Montana, but a hard cattle drive and two severe winters saw many losses [2]. The remaining cattle were relocated further south and horses and sheep were raised instead on the originally leased land. By 1884 Cochrane Ranche Company became the British American Ranche Company. By 1890 more severe winters, mismanagement, and competition from the Australian sheep market forced the British American Ranche Company to forego the majority of the grazing lease purchased in 1881 [1]. The remaining land held by the British American Ranche Company was leased to Walter B. Elliot and his family who started to irrigate the land for mixed farming growing oats, timothy and mixed vegetables, with a few horses and cattle [1]. Elliot tried to buy the remaining lease, but there were several complications and by 1898 the Elliot family moved on to a property in the Horse Creek area [1]. By 1902, Peter Collins bought the Cochrane Ranche property and developed the Collins Brickyard by exploiting the natural clays, sand and water on the land and the Canadain Pacific Railway to deliver the product to Calgary [1, 2]. After 1919 brick production had slowed and Collins sold much of the 665 acres (less 27 acres where the brickyard was located) to the Beynon and Davies families who created a dairy farm [1, 2].  The remaining 27 acres was sold to Sydney Reed in 1943 who lived in one of the brickyard bunkhouses with his family until 1948 when Orville .N. Gilbert bought this and the Cochrane Ranche site [1, 2]. The site was run as a ranch until 1971 when purchased by the Alberta Government, who then proceeded to create the Cochrane Ranche Historic Site [1].

There is some debate as to whether John Little or Peter Collins founded the brickyard at the Cochrane Ranche site [2]. There are accounts that state John Little established a small brickyard in this location and on his death Collins remarried his wife Dorothy and took over the yard and expanding it into a larger commercial operation [2]. While other accounts say that the operation set up by John Little was in Banff and that after Collins married Dorothy he relocated the operations to Cochrane when the resources started to dwindle at the Banff location [1,2]. Regardless who founded this location Collins invested heavily in the brickyard constructing four kilns, a steam-powered brick maker, drying and storage racks, and two small bunkhouses [2]. At its height, in 1906, the brickyard was producing 25,000 bricks a day, but the First World War saw production cease entirely until 1919 [2]. When operations recommenced it was on a much smaller scale as the demand for brick had diminished drastically [2]. The brickyard finally ceased trading in 1925 with its last shipment of bricks being used to construct the new Chateau Lake Louise [1].

The remains excavated by Bison Historical Services  and recorded by the Capture2Preserve Team are foundations of a structure aligned north south, comprised of two off-set rectangles of tabular sandstone (Feature 1 & 8) with a brick addition to the east (Feature 9) [3]. From documentary evidence the function of this structure is inconclusive with reference to it as a bunkhouse, as well as a stable [2, 3]. However, the evidence from the excavation shows that Feature 1 was used for accommodation with over 23,000 artifacts, many of which were domestic in nature, with its function changing to storage when the building became more dilapidated [3]. Feature 8 had over 5000 artifacts, the vast majority of which were remnants of bricks and some agricultural artifacts suggesting a shed and/or workshop [3]. Feature 9 had almost 4000 artifacts, again the majority being brick fragments suggesting this area was used for storage [3]. Features 1 and 8 are thought to have been constructed around the same period (between 1921 and 1926) and saw the same demolition process of fire and heavy machinery [3]. It is unknown when Feature 9 was constructed, but appears to have been dismantled prior to the 1971 demolition of Features 1 and 8 as there is no evidence of burning.

Most archaeological investigations are now done as part of the planning requirements of any development in Canada. These requirements vary from Province to Province as each have their own regulations on what would require archaeological investigations. The collaboration between planners, developers and archaeologists allows the archaeology to be preserved in record form for future generations and for society to continue to develop and grow. This excavation is a prime example of this collaboration the results of which will improve the intersection between Hwy 1A and Hwy 22 and provide more information on the story of the Cochrane Ranche site.

These images show Cochrane Ranche throughout its duration as well as details of the Collins Brickyard and the Capture 2 Preserve Team recording the remains of building at the Cochrane Ranche Site. The historical images have been sourced from the Glenbow Archives and Jason Woodhead, the maps of different periods were from a report prepared for Alberta Culture Historic Sites Services. The hand drawn plan was done by Bison Historical Services. 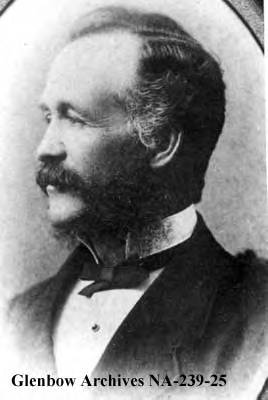 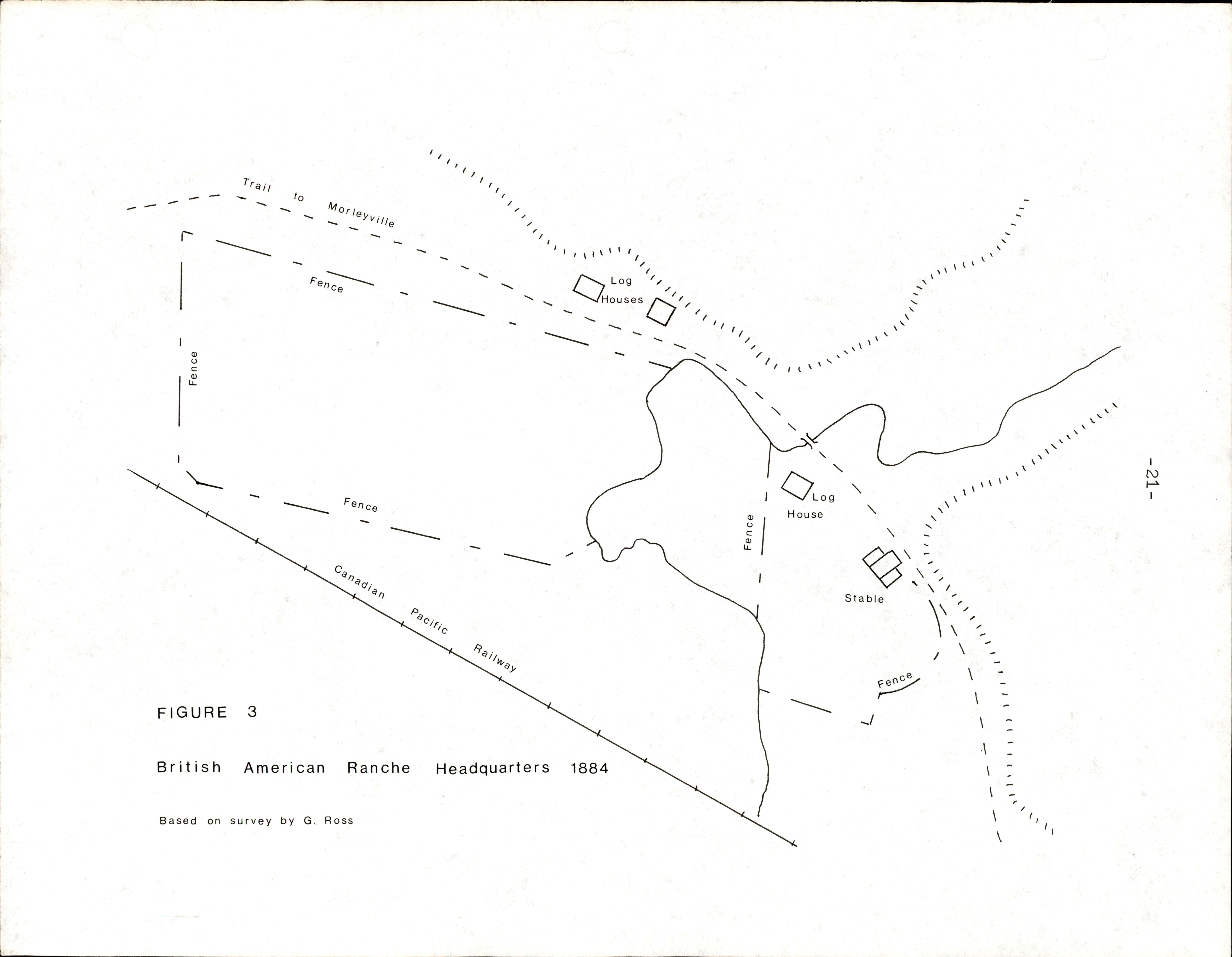 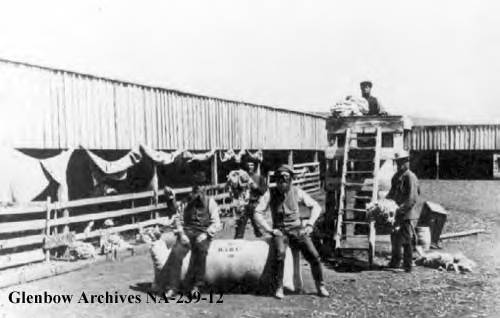 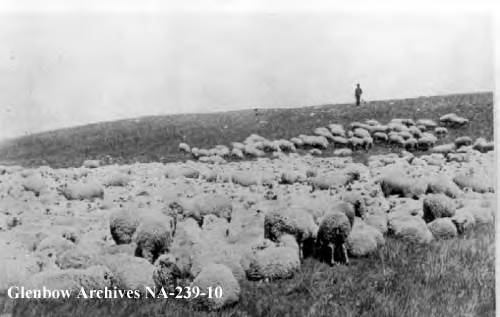 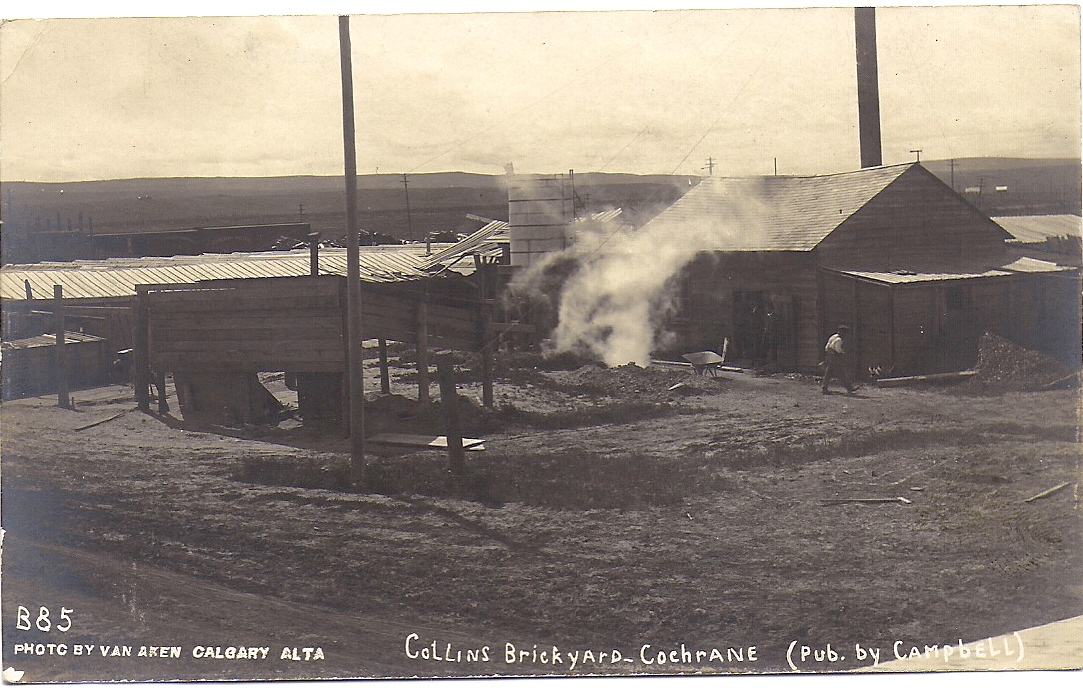 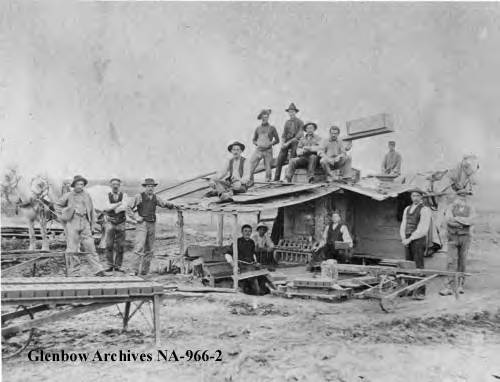 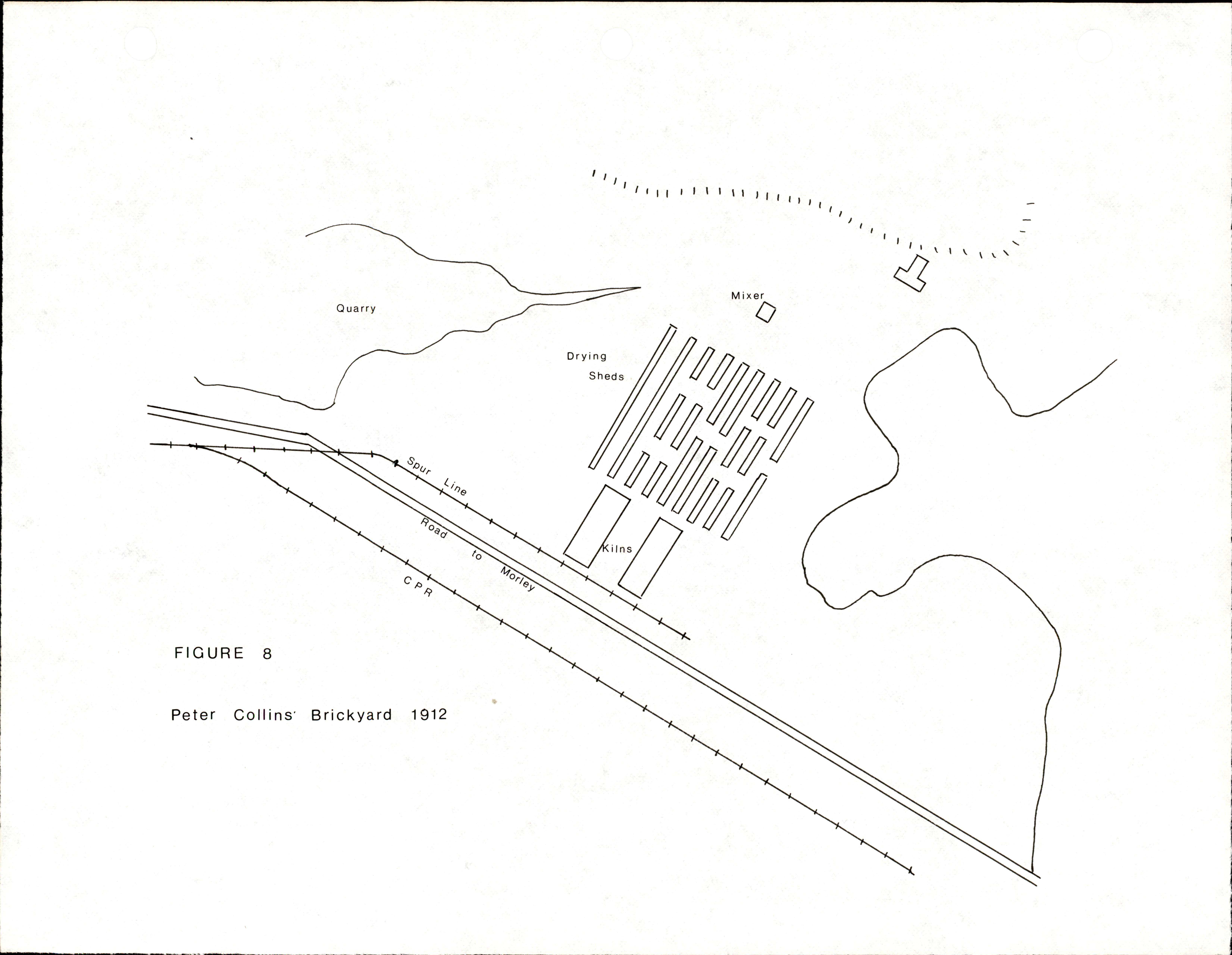 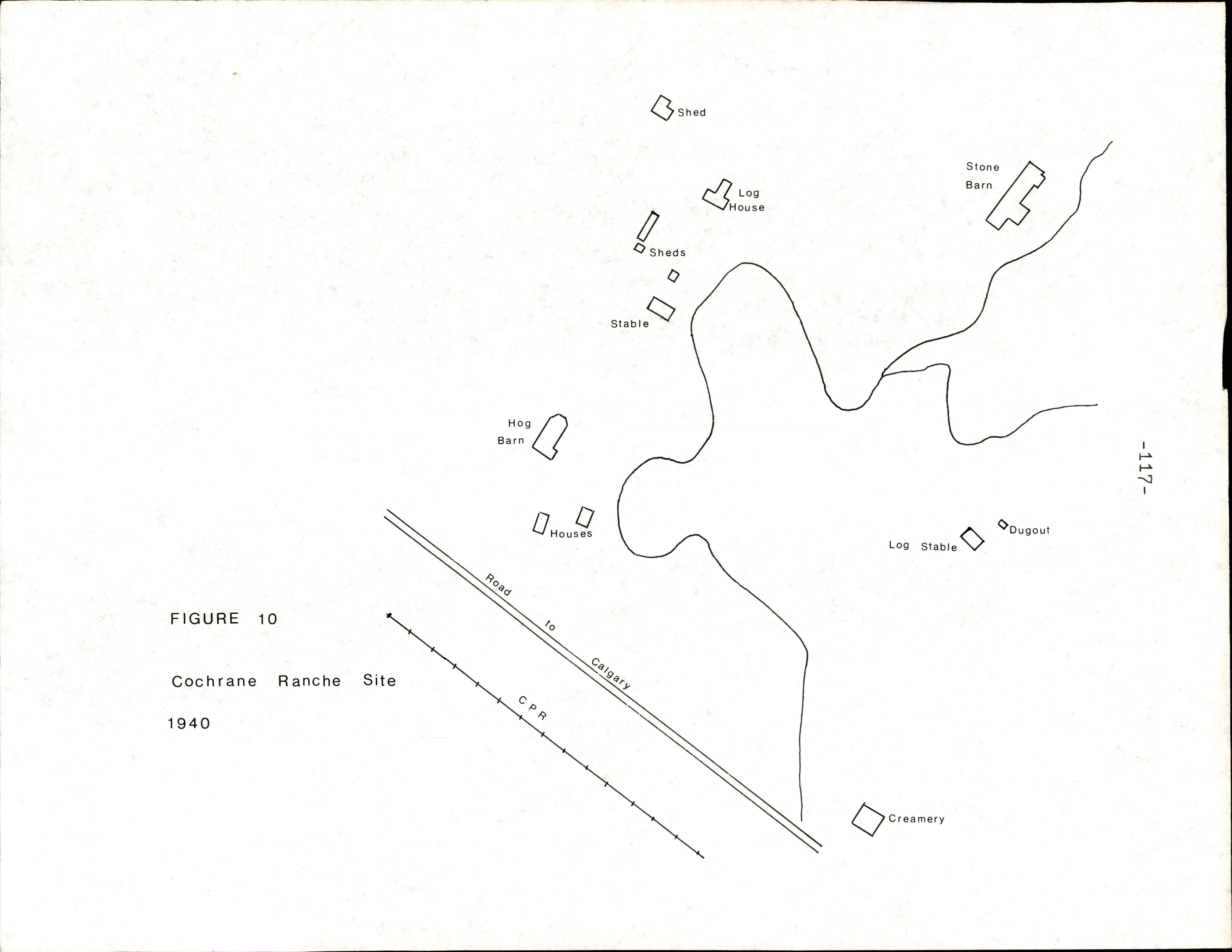 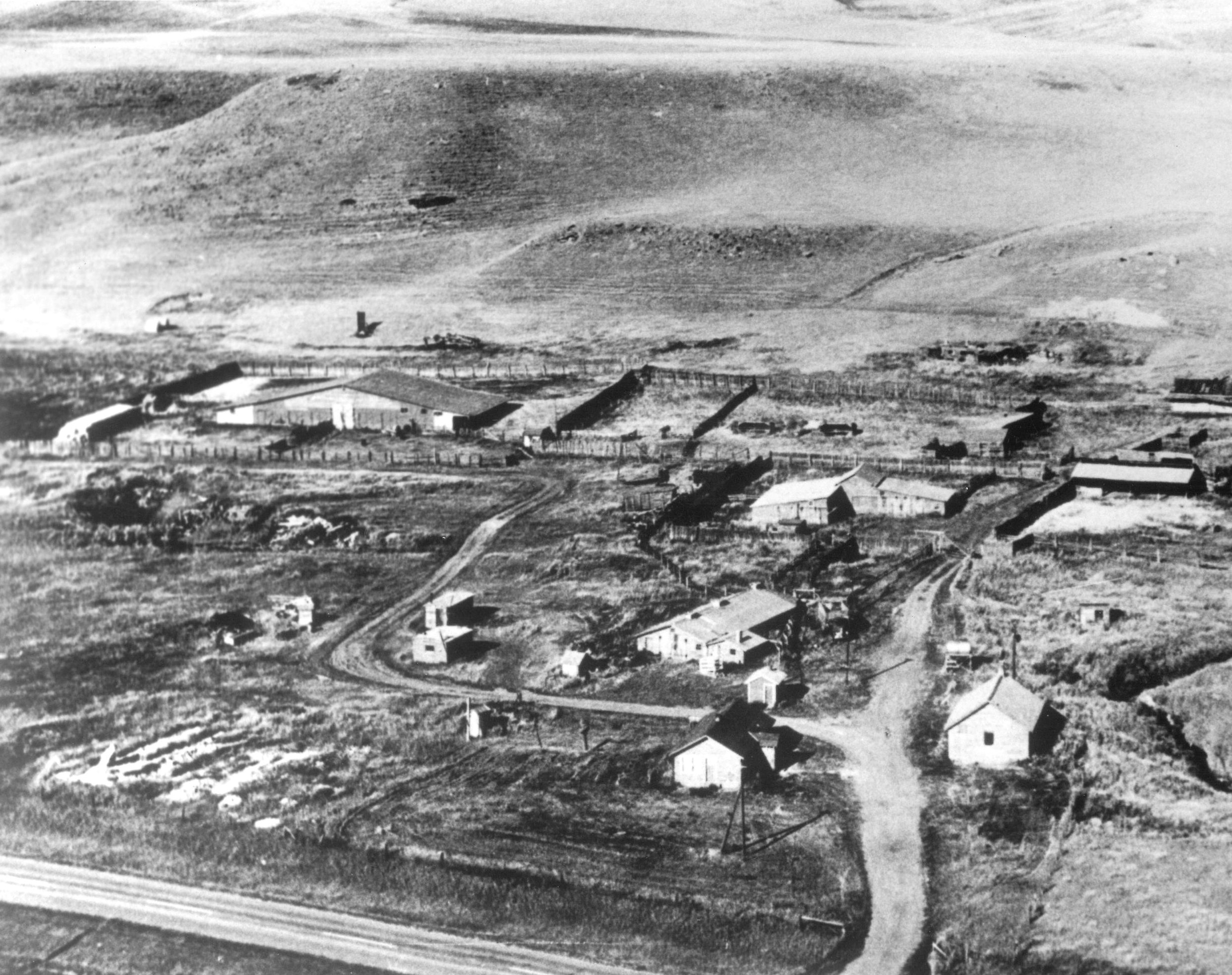 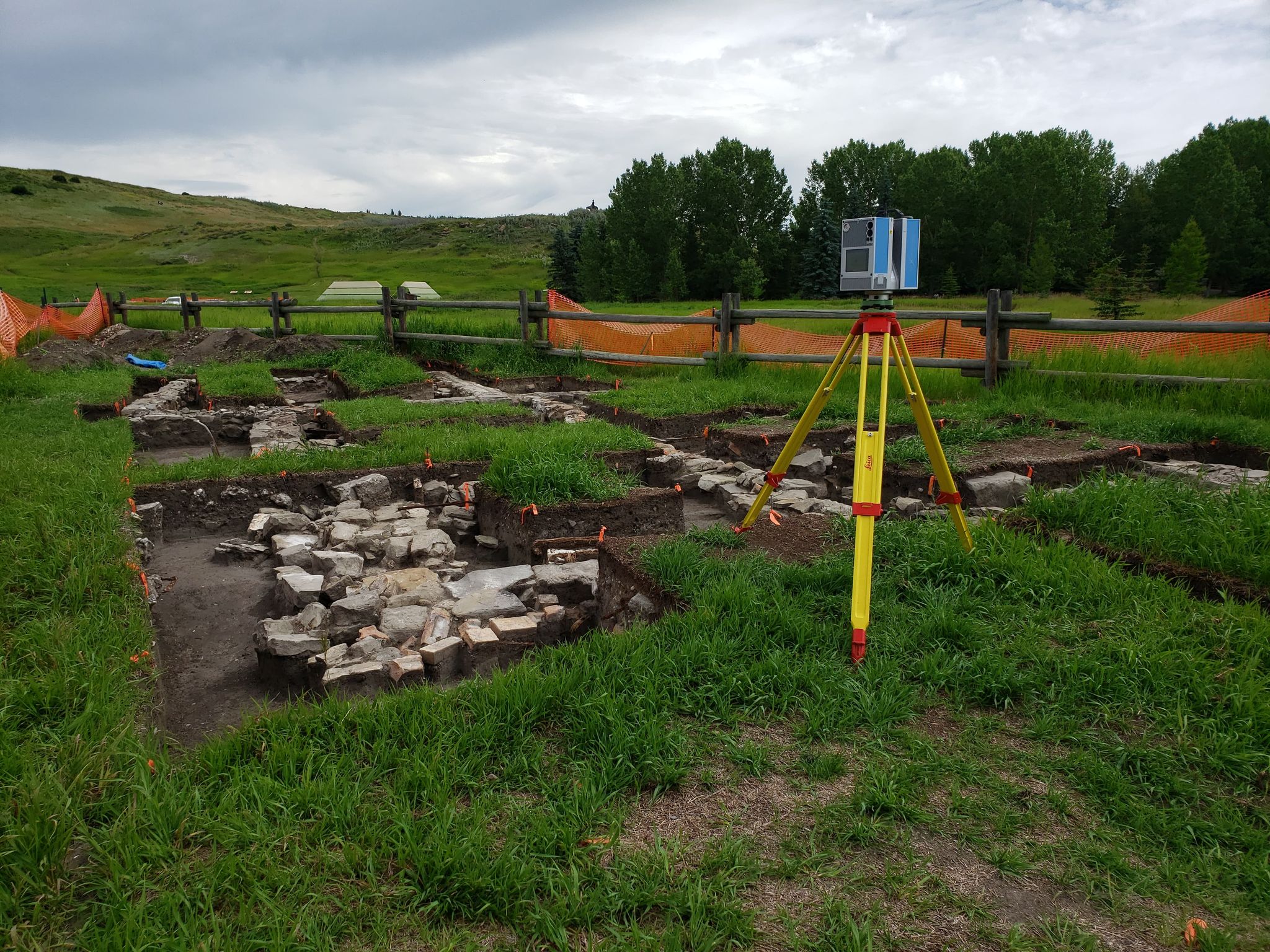 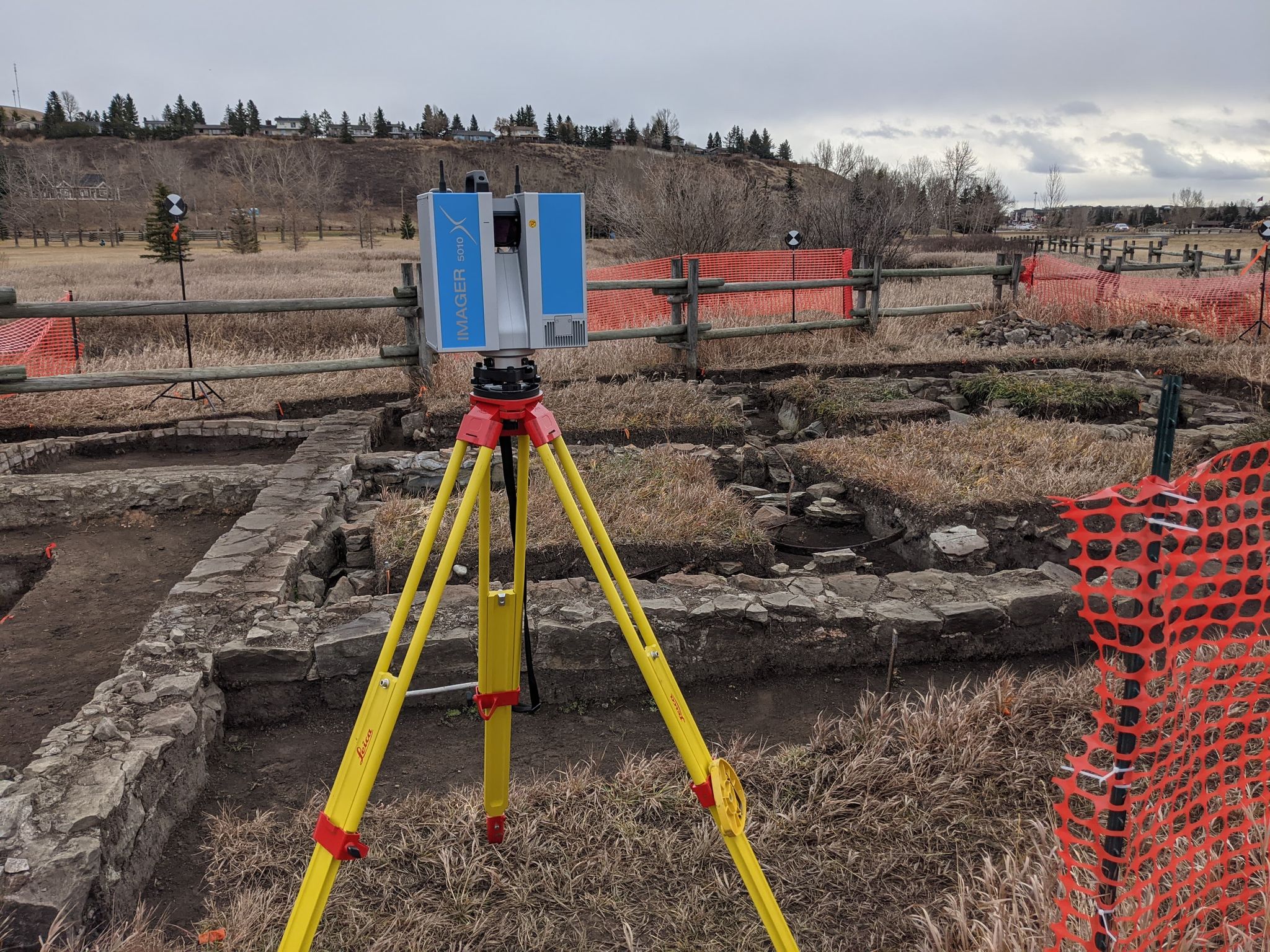 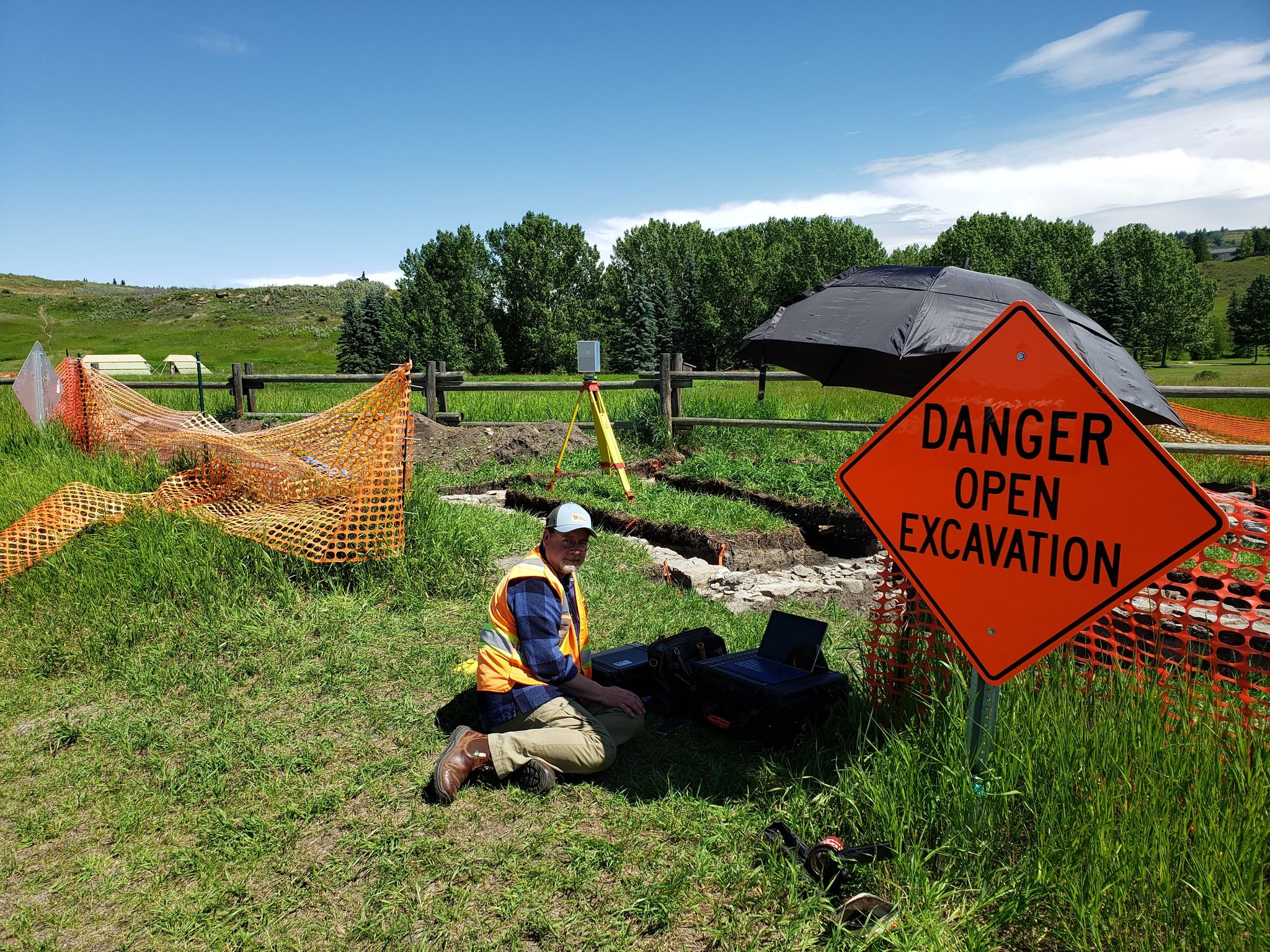 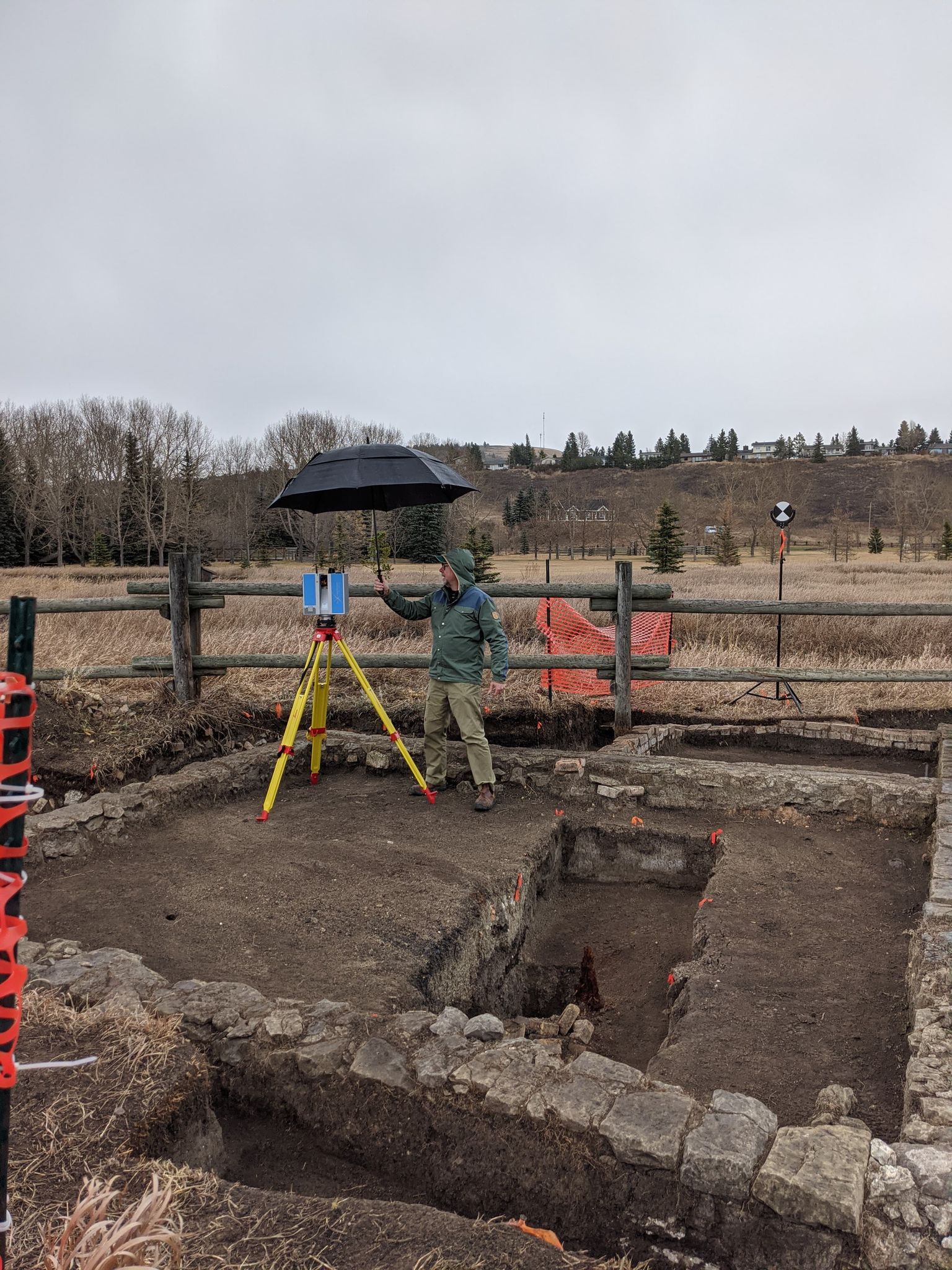 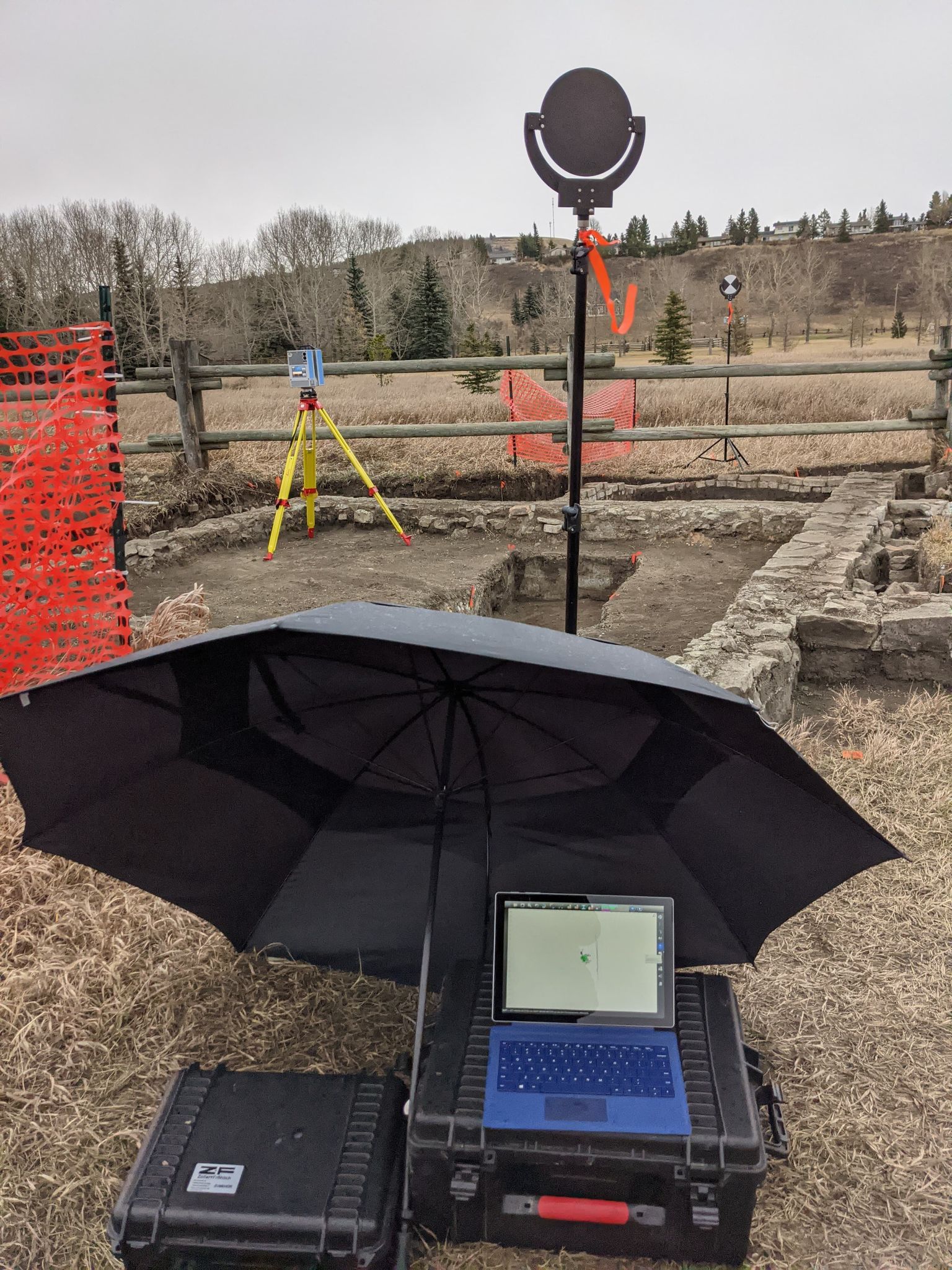 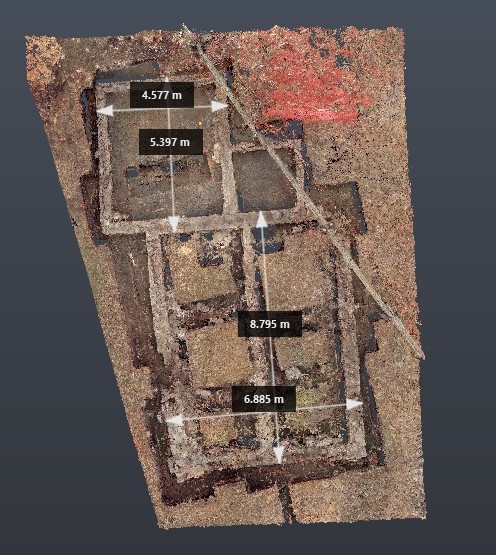 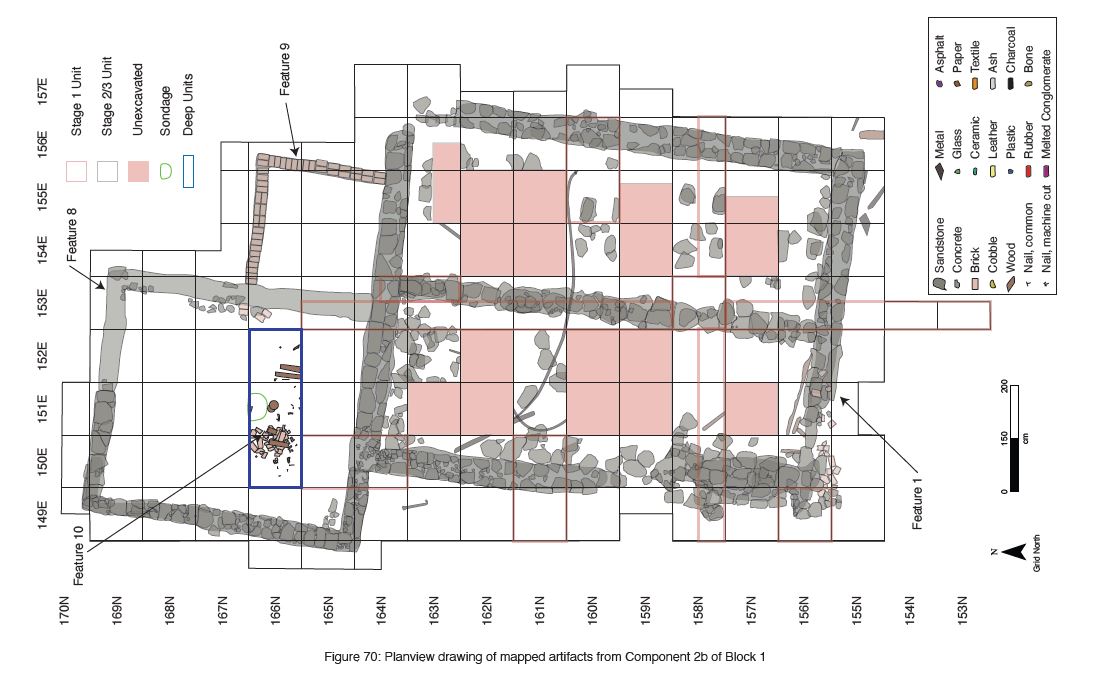 The Capture2Preserve team worked closely with Bison Historical Services Ltd to record the archaeological excavations of building foundations prior to the remodeling of the intersection between Hwy 1A and Hwy 22 in Cochrane by Alberta Transportation. Two sets of scans were done at different stages of excavation to help with the documentation process. The first set of 16 scans were collected in July 2020 with the Z+F 5010X laser scanner without targets. The second set of eight scans were collected in November 2020 with the Z+F 5010X laser scanner with six targets located outside the scanning area. Both data sets were processed in Z+F Laser Control V 9.2.1. The July data set has been cropped and cleaned (see scan location 2) while the November data set has only been registered but not cropped and cleaned (see scan location 3). The purpose of this is to show the amount of work that is done by the Capture2Preserve Team in creating the cropped and cleaned models that are hosted at the top of these pages.

Registration is the process were the different scans are joined together. Registering the scans require overlap and matching geometries to accurately create a 3D model of the scanned area. Targets provide another level of precision in the registration process. When targets are not used it is paramount that there are enough overlapping geometries in each scan in order to create an accurate model. This is why more scans were collected in July to make sure enough geometry was available for registration as targets were not used. 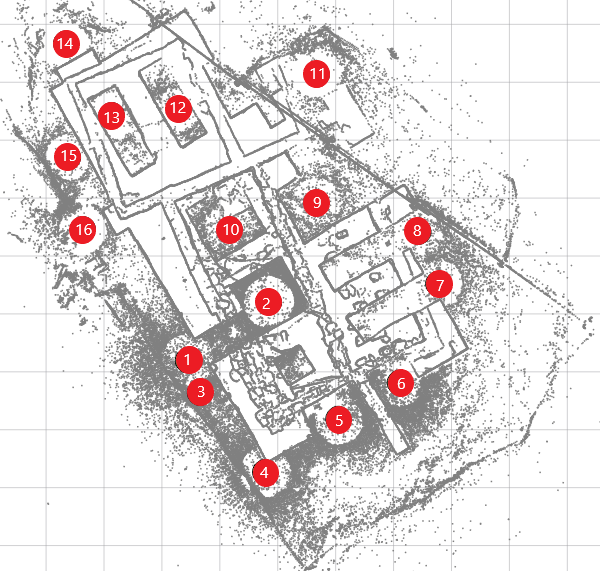 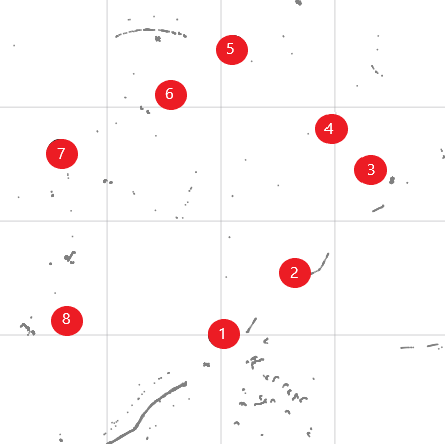 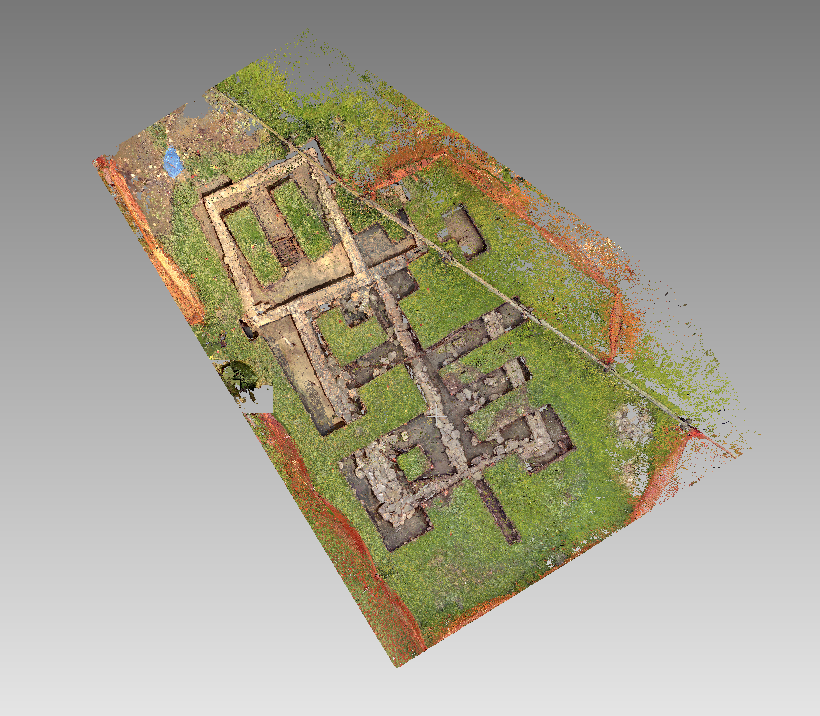 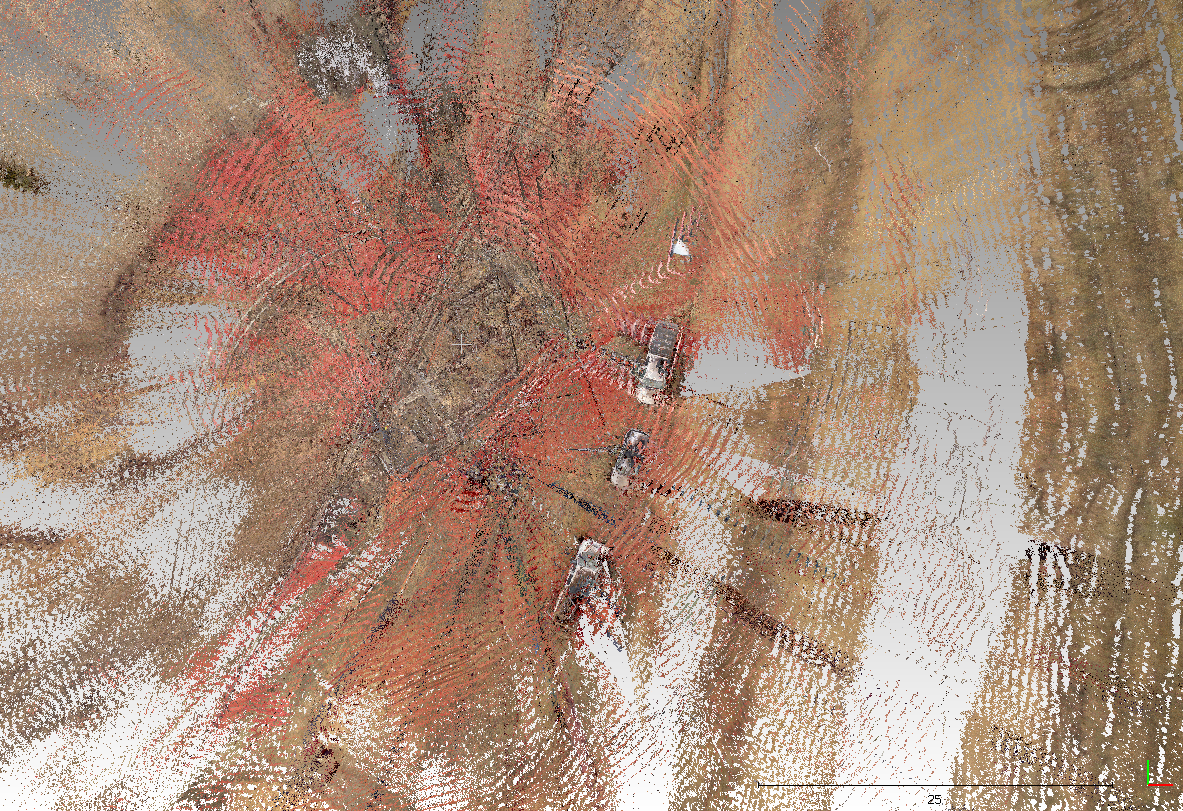 The data files for this project are available for download from the archive repository. Scans are .las file format. Please be aware that the July data set has been cropped and cleaned, but the November data set is in its raw format with no cropping or cleaning. Please download the metadata template to access metadata associated with each file. All data is published under the Attribution-Non-Commercial Creatives Common License CC BY-NC 4.0 and we would ask that you acknowledge this repository in any research that results from the use of these data sets. 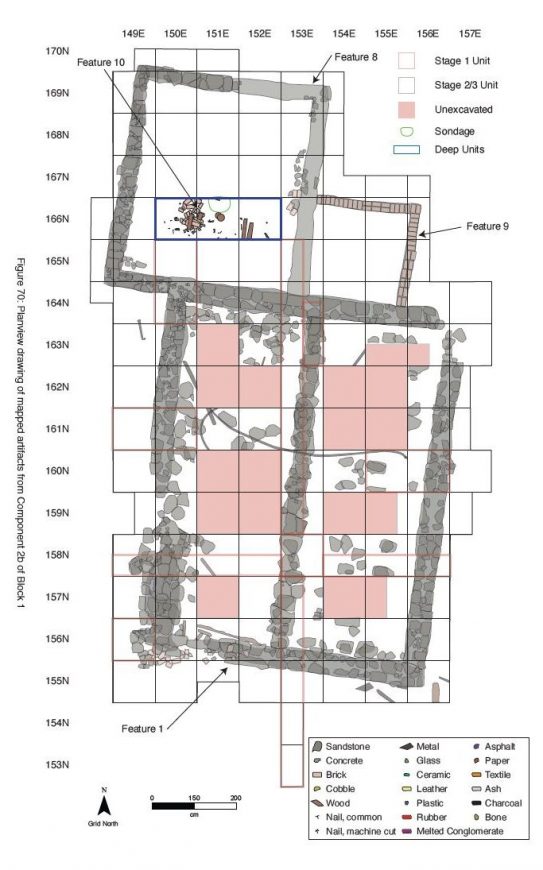 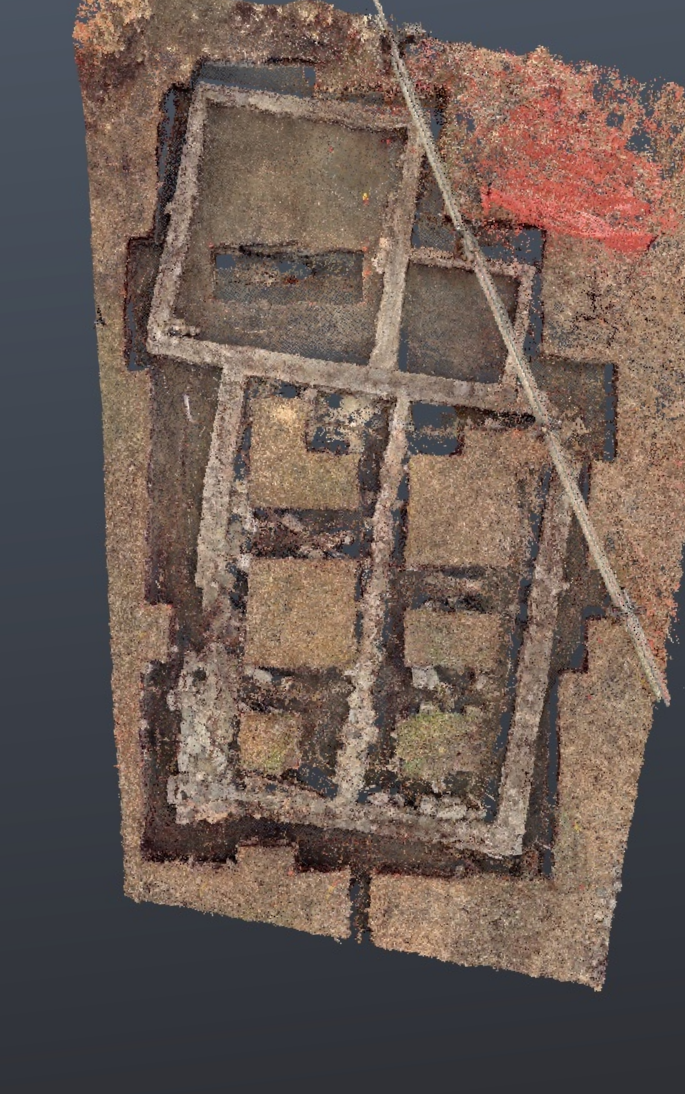