The Glenbow General Store and Post Office operated in the town of Glenbow, Alberta from 1909 until 1918 serving the people of Glenbow and surrounding area. The building itself consisted of a relocated farmhouse and extension to meet the needs of a growing town [8]. After the store closed, the building was used as a granary until the floor collapsed, after which the building was abandoned. The building’s importance to the settlement of the area in the early twentieth century, as well as to the quarry that provided sandstone for several important buildings in Alberta, contribute to its value as a historic resource. Please Note: This is a decimated point cloud of the standing building.

The settlement of Glenbow was located in the Bow River valley, approximately 6 kilometres east of the town of Cochrane. The area had previously been part of a grazing lease held by the Cochrane Ranch and was subsequently opened to homesteaders in the 1890s. In 1904, English homesteader Stephen Moore and his sister Mary Moore settled in the area and noticed large outcroppings of sandstone on his property [1].  Quarrying of the stone began in 1906. In 1908 the surrounding land was sold to New York businessmen Leonard Kennerley and Chester Rhoades de la Vergne. After a brief shutdown, the quarry was sold to the Alberta Government and re-opened with the Quinlan-Carter Limited quarry company having the government tender to re-start operations [1]. Sandstone quarried from Glenbow was taken to Edmonton for use in the construction of the Alberta legislature, and the stone was also used in Calgary to build the courthouse and the land titles building [2]. The CPR built a siding, or loading station, adjacent to the quarry to allow the stone to be loaded and transported [1].

The land on the north and south sides of the CPR was surveyed and divided into residential lots and by the summer of 1909 the town was booming, but everyone in Glenbow had to travel either to Calgary or to Cochrane for provisions. Kennerley and de la Vergne saw the potential for the town to continue to grow around the quarry operation and decided to open a general store and post office to fill this service gap. They arranged for a farmhouse that had belonged to the Fitzgerald family to be moved from the south side of the CPR line and become the store, which made the front page of the Cochrane newspaper [6].

At its peak between 1910 and 1912, estimations for the population of Glenbow vary from as little as 115 to as much as 500 [2, 3, 4]. A hard blow came to Glenbow in 1912, when almost all of the high-quality sandstone had been quarried and removed during the early years of the operation and what was left was of significantly lower quality. Around the same time, the building boom in Calgary slowed down, reducing the need for sandstone [2]. The cost of operating the quarry on a part-time basis to meet the small demand for local sandstone was too high to make for a profitable business, and Quinlan-Carter Limited closed its quarry operation [1, 2]. One last attempt to provide employment for the residents of Glenbow was made with the opening of a mud brick plant northeast of the General Store [1]. Unfortunately, the quality of the bricks was inferior to that of nearby competitors and despite production levels of up to 50,000 bricks per day, the enterprise could not be sustained. The brickworks were closed in 1914 and the population of Glenbow dropped to 50 [5].

In 1934, the land was purchased by Eric Harvie, a Calgary lawyer, philanthropist, and World War I veteran. The land was owned by the Harvie family for over 70 years. In 2006, Eric Harvie’s grandchildren sold 1,314 hectares of land at half of market value to the Province of Alberta and in August 2006, Glenbow Ranch Provincial Park was officially created [9].

The original farmhouse was built in a typical style for the time: a single storey wooden frame with clapboard siding. When relocated to the other side of the railway tracks it was placed on a sandstone foundation; a later addition was added on its own foundation to the south side, nearly doubling the size of the building [10]. The first proprietor of the store and post office was a man named L. Sandie McDonald, who had come to the Glenbow area from the Maritimes. He operated it for a short time and then was succeeded by Bob Armstrong and his wife who ran the business until 1910.

At that time, Cecil and Jessie Edwards took over the store and continued to operate it until 1918 [6]. Cecil Edwards hired a German man to drive a horse and buggy around the town each day, delivering groceries and taking orders for the following day [1, 7]. The mail came by train west from Calgary passing through Glenbow to Cochrane, where it would be unloaded, then loaded back onto the evening train heading back east, stopping then to offload passengers and mail at Glenbow [1, 7]. In addition to being a store and post office, the building became a local gathering place where people could stop in and catch up on local news and gossip and visit with their neighbours [7].

[2] Read, Tracey 1983 Acres and Empires:  A History of the Municipal District of Rocky View No. 44.  Tall Taylor Publishing Ltd., Irricana.

[7] Glendale Women’s Institute 1965 Taming the Prairie Wool: A History of the Districts of Glendale, Westminster and Bearspaw West of Calgary.

The historical images have been generously donated from a variety of sources that were bought together by Shari Peyerl, co-director of the Glenbow Town and Quarry Project, who also documented the scanning process undertook by the Capture 2 Preserve Team 19 July 2017. 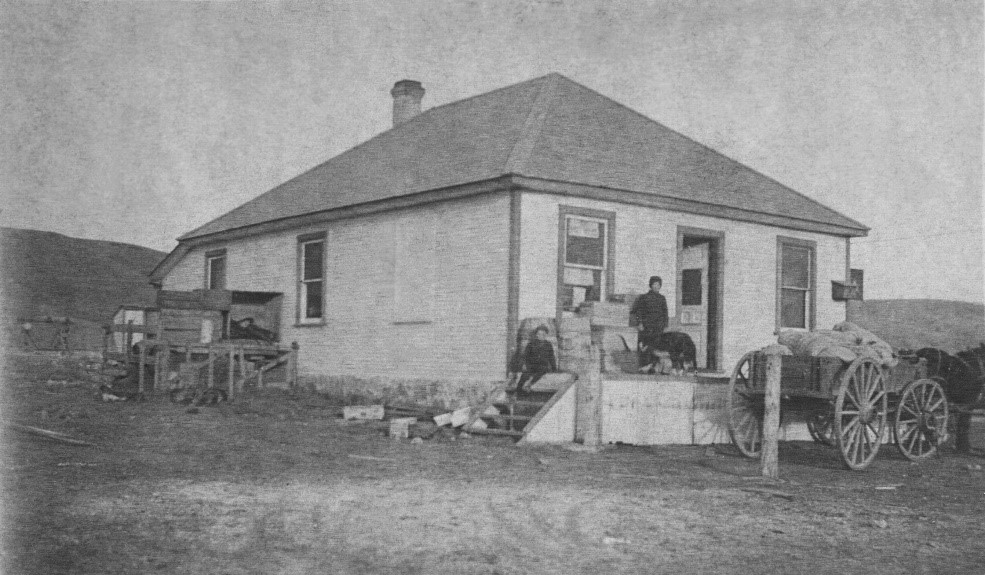 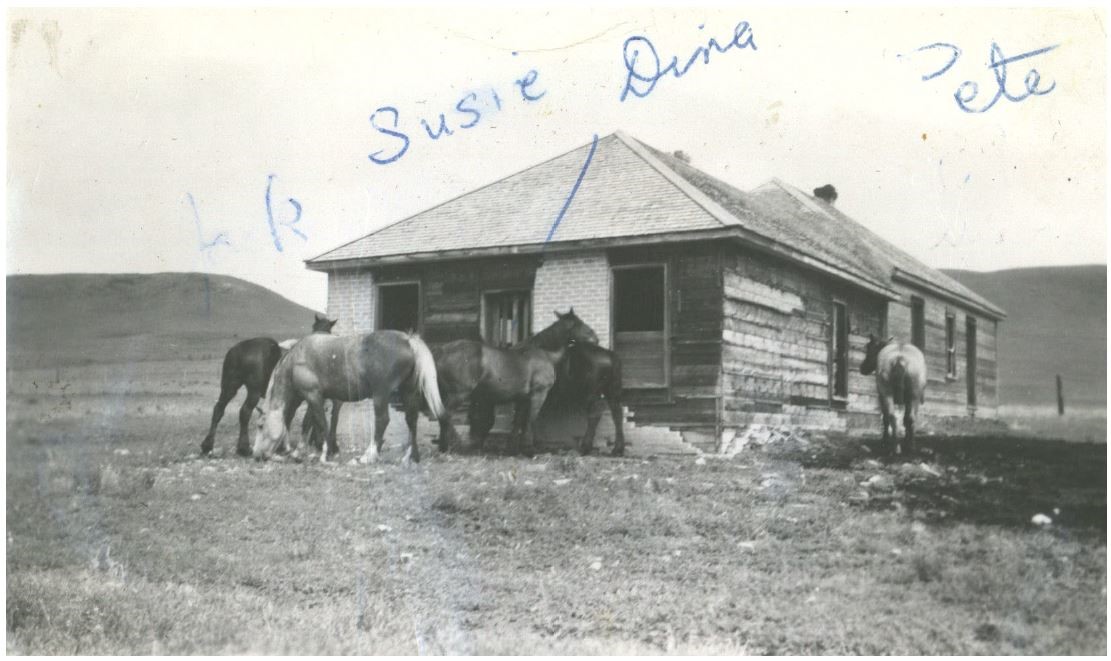 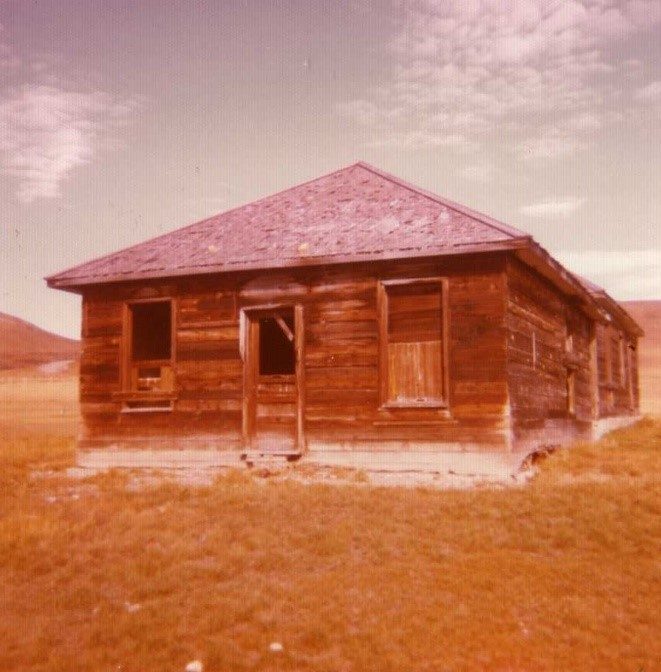 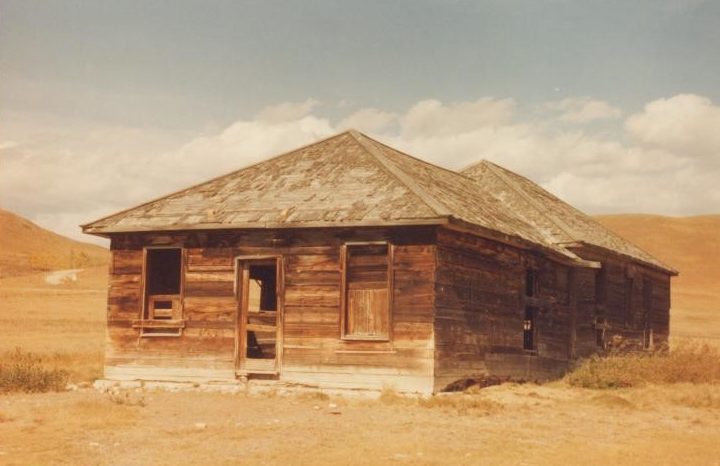 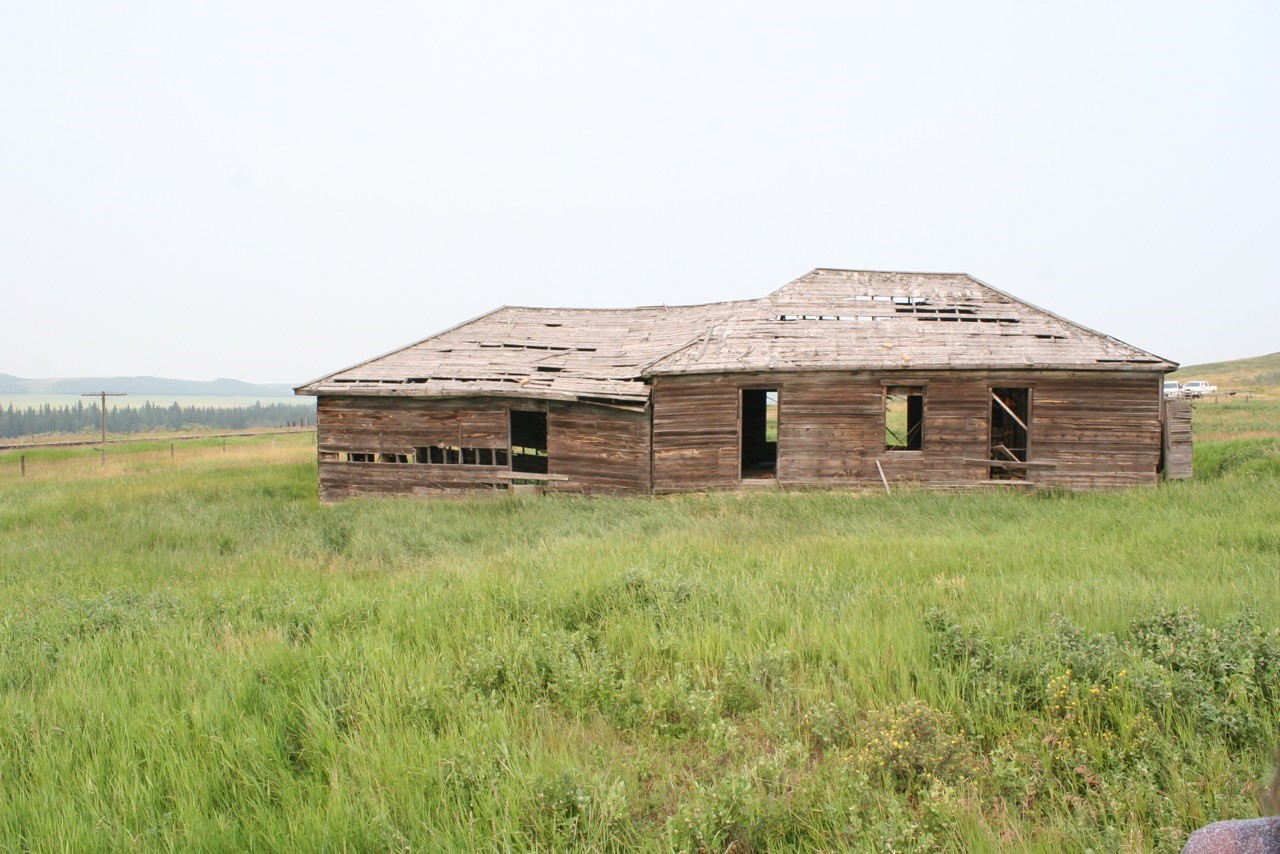 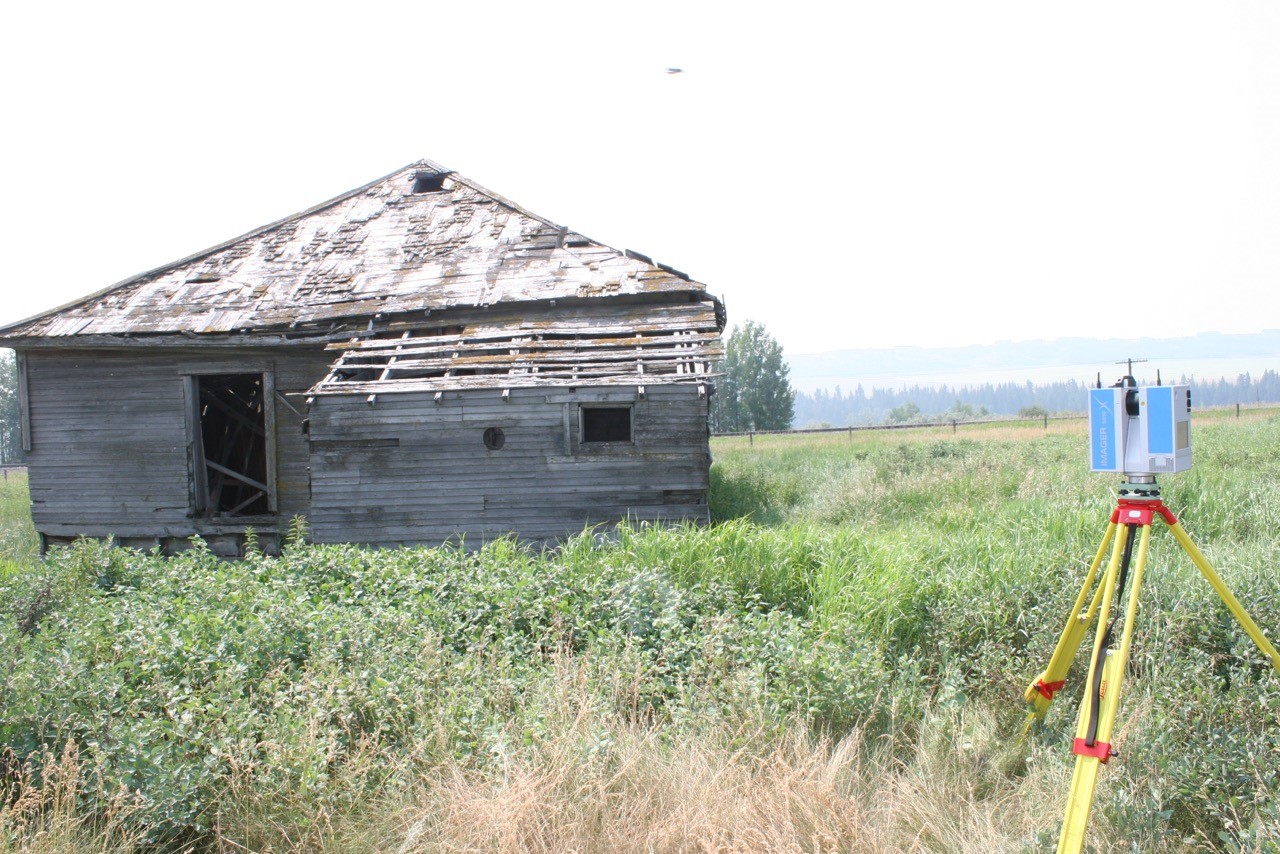 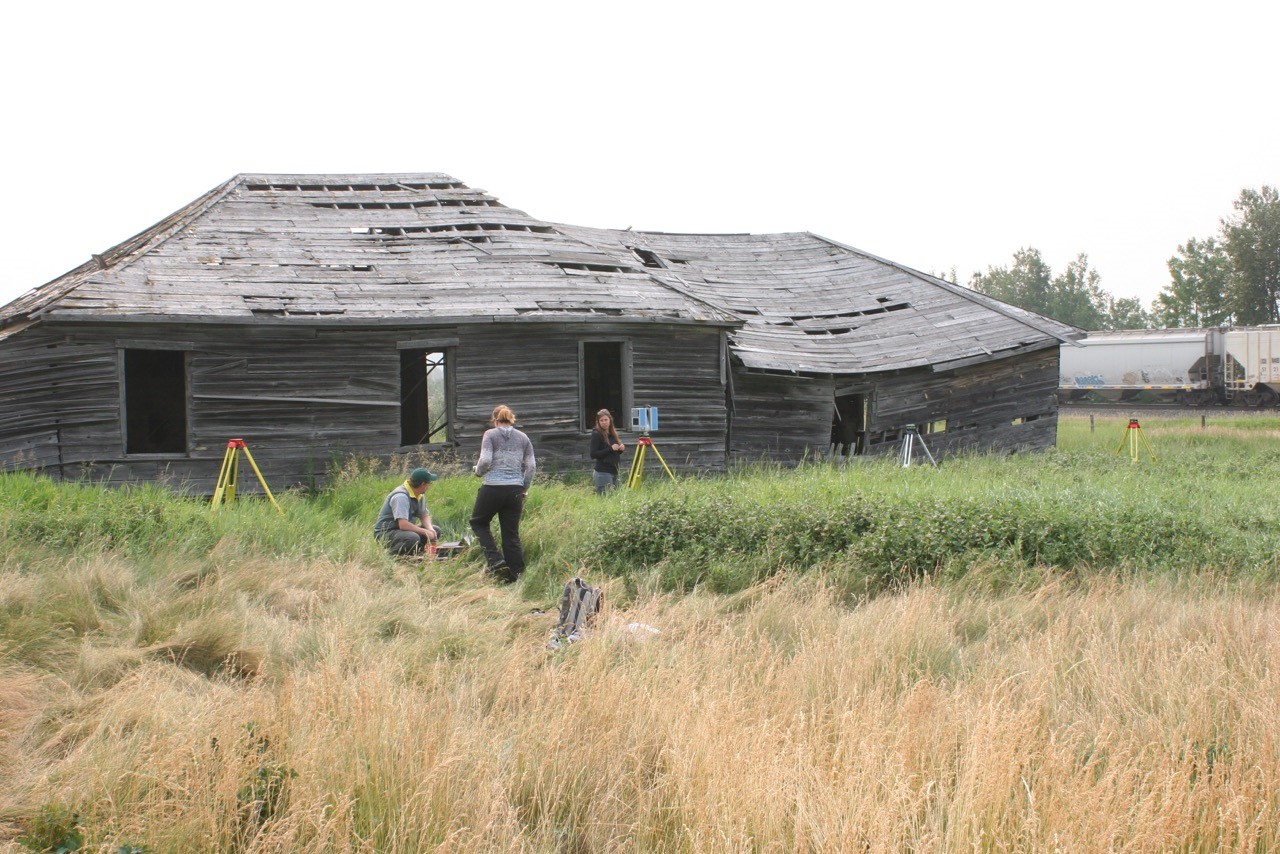 The Digitally Preserving Alberta’s Diverse Cultural Heritage project was approached by the Archaeological Society of Alberta to contribute towards their Glenbow Town and Quarry project and record the decaying General Store and Post Office building. The building was recorded with the Z+F 5010X scanner. There were 14 scanning locations that encompassed the building. The scans were registered using Z+F Laser Control software and then exported into AutoDesk ReCap for further processing. The resulting point cloud was used to create a detailed 3D model of the building. 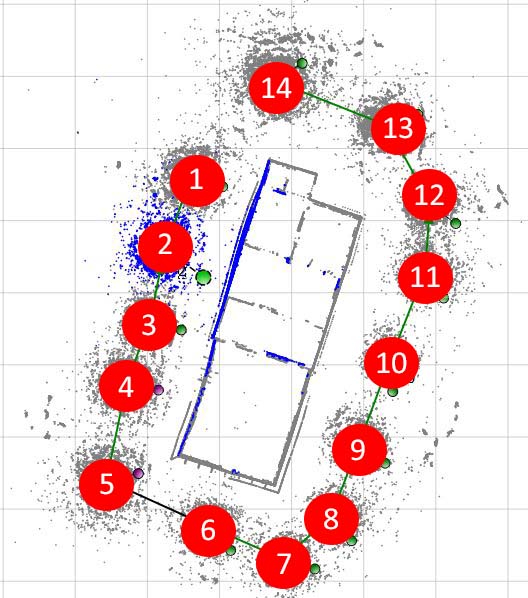 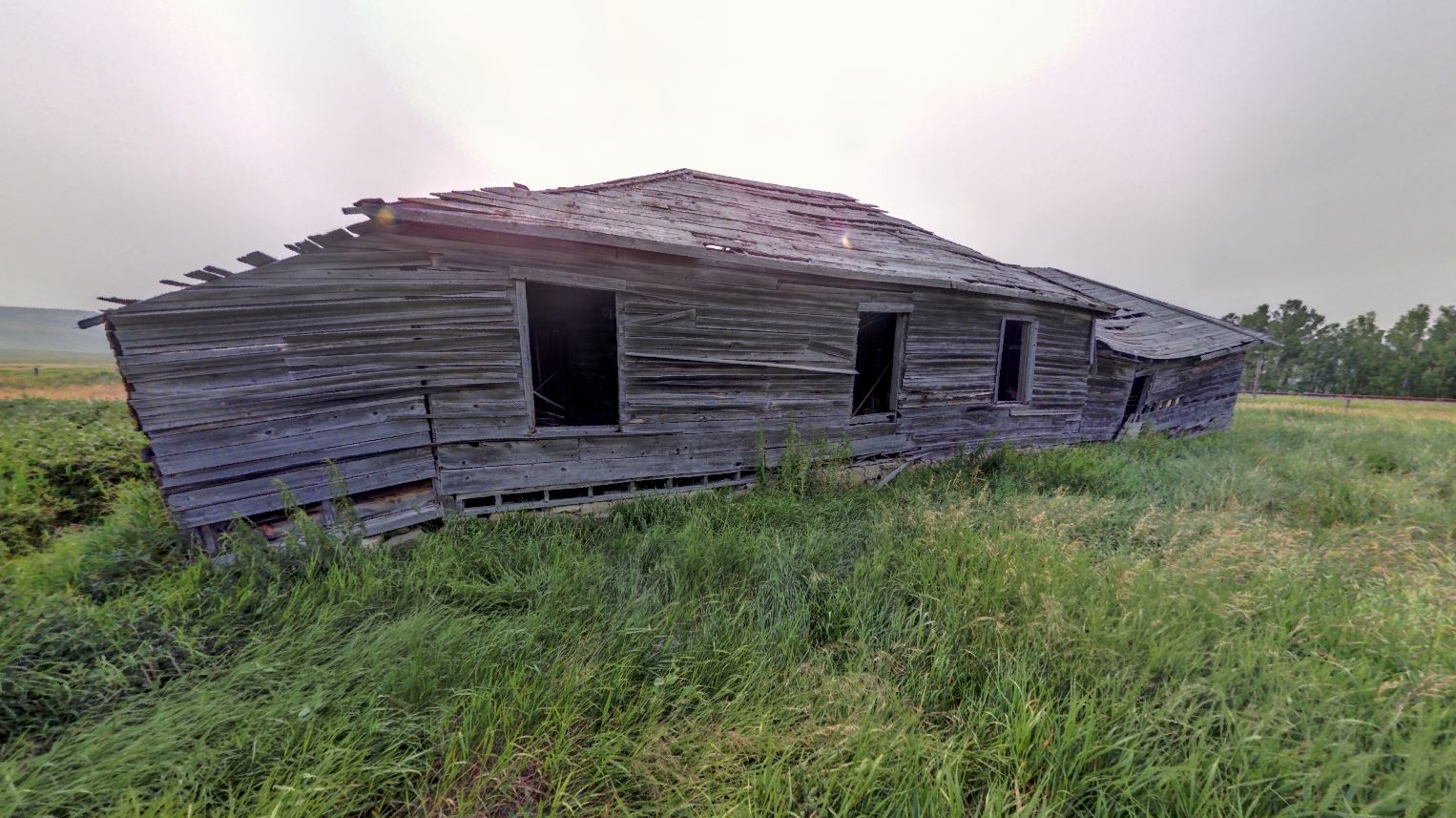 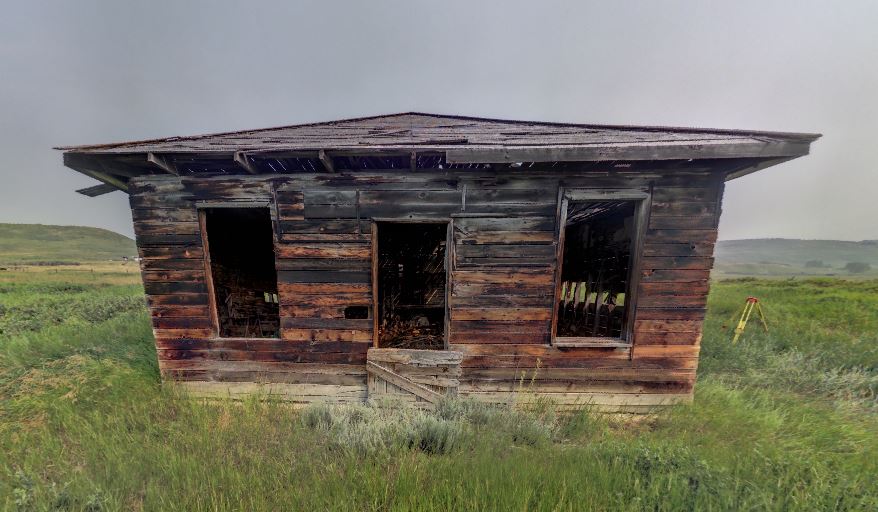 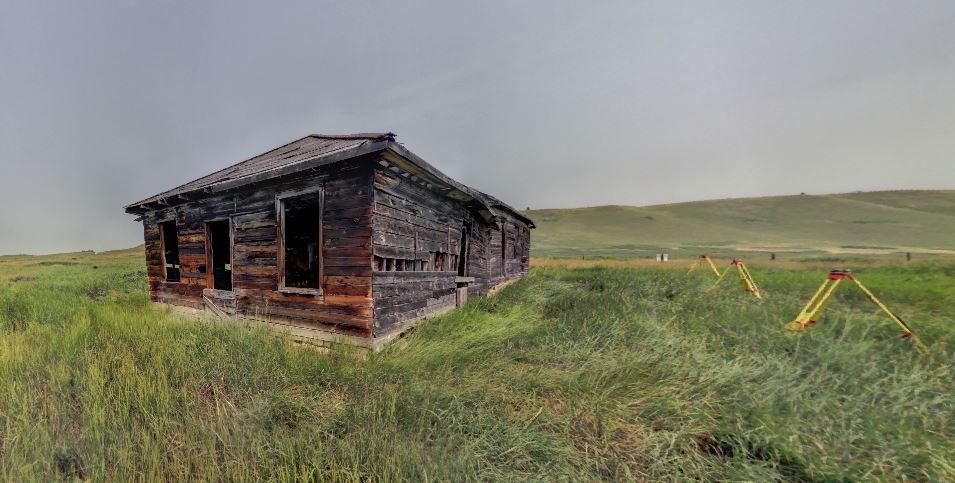 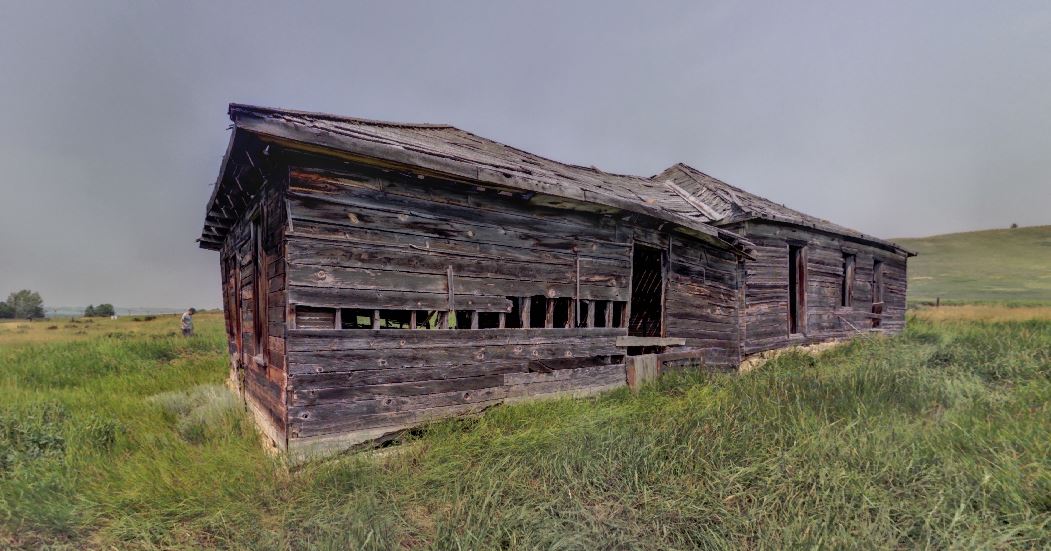 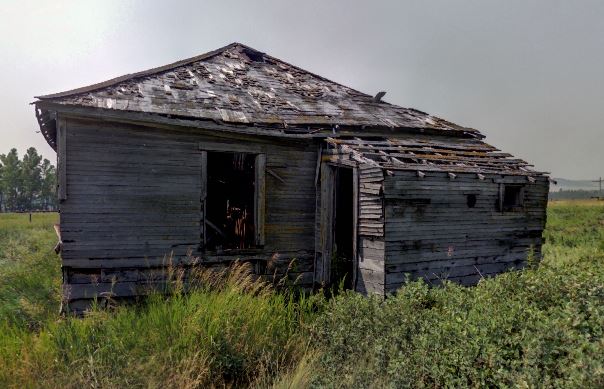 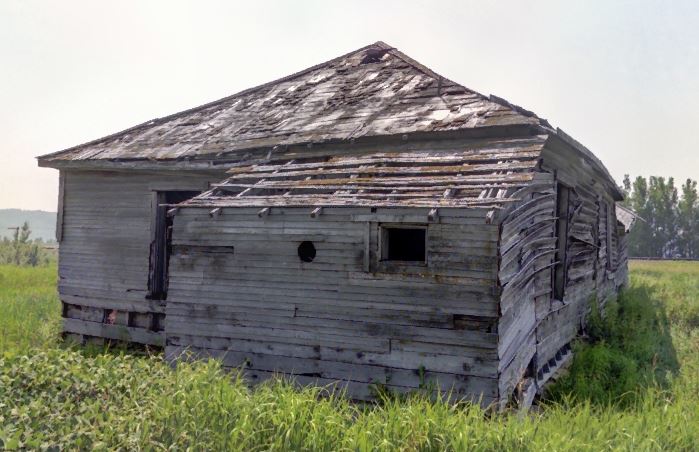