The Foreman’s House was constructed between 1884 and 1887, as part of the first phase of building at the Bar U Ranch [1]. It was constructed to accommodate George Lane, who was hired as the foreman from 1884 and ran the ranch from 1902 to 1925 [1]. The cabin is a one-and-a-half storey log structure consisted of squared spruce logs and dovetail corners. The cabin had three rooms on the main floor: a kitchen, a living room, and a bedroom, with an unfinished attic space above [1].

George Lane was born 6th March 1856 in Boonville, Iowa to farmers Joseph and Julia Lane [2]. George had a colourful career that started at 16 in the goldfields of Montana [2]. He later became a dispatch rider and scout for the United States Army [2]. In his late twenties, he became an apprentice on several of the best-run ranches in Montana [2]. It was is 1884 that George moved to Alberta to take the job as foreman the Bar U Ranch for the North-west Cattle Company. George only spent three years at the Bar U as a foreman and left in 1887 to become an independent cattle buyer [2]. By 1897 Lane formed a partnership with the Gordan-Ironside and Fares company and bought Bar U Ranch in 1902  and by 1908 Lane bought out his partners and owned Bar U outright [2, 3]. George Lane ran the Bar U Ranch until his death on 24 September 1925 [2].

Families at Bar U Ranch

The Foreman’s House was initially built for George Lane, but when he moved on in 1887 other foreman and their families occupied the home. Families are not often associated with these large scale ranches and are sometimes thought to be almost exclusively comprised of adult males [4]. However, there were numerous families that grew up on the Bar U Ranch [4]. The first family to arrive was the family of Alexander Fleming between 1908 and 1912[4]. The next family, the Olsen’s, feature heavily in the archival records but there were many more families over the years, for example, the Alwoods, Nashes, Bakers, Andrews, Piersons, and the Nelsons, that were raised on the ranch [4]. The number of children on the ranch would swell when George Lane’s grandchildren who would come and spend the summer months at the ranch too [4]. With so many families on the ranch numerous houses were built over the years to accommodate them all [4].

The act of designating a historical resource only provides legal protection from its destruction or alteration. The act of preserving a historical resource for future generations can involve restoration, but active maintenance and repairs are needed to keep the historical resource in its current condition at a minimum. This can be costly as any of these activities need to be done sympathetically, usually with traditional methods and materials, to maintain the integrity of the historical resource. Parks Canada actively maintains 171 historic sites. This is done through a cyclical process of identifying the risks that can impact the resource, monitoring, maintenance/repairs. The work done through the Digitally Preserving Alberta’s  Diverse Cultural Heritage project can assist with the monitoring aspect of this cyclical management by using change detection on different sets of scans from different points of time (see Okotoks Erratic).

These images show some of the man George Lane, the families that grew up on the Bar U Ranch (all sourced from the Glenbow Archives), and the scanning process done by the Capture2Preserv Team in 2020. 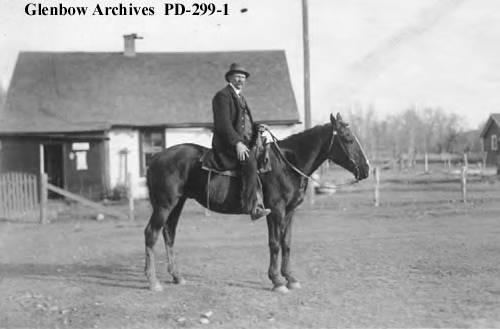 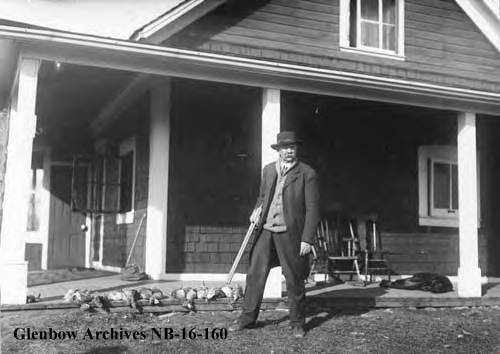 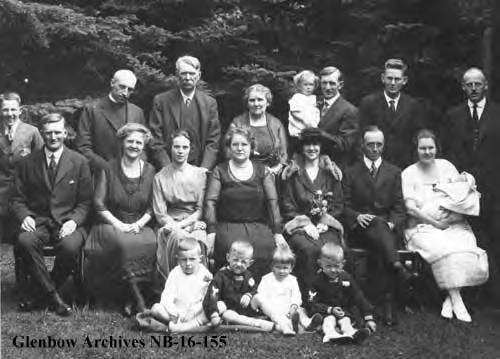 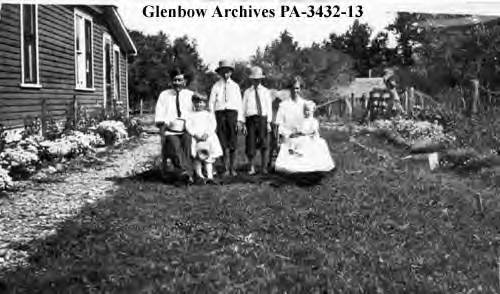 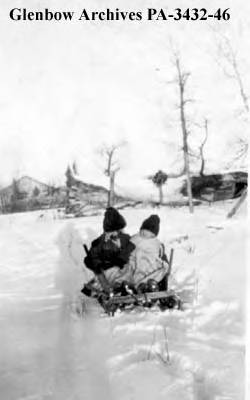 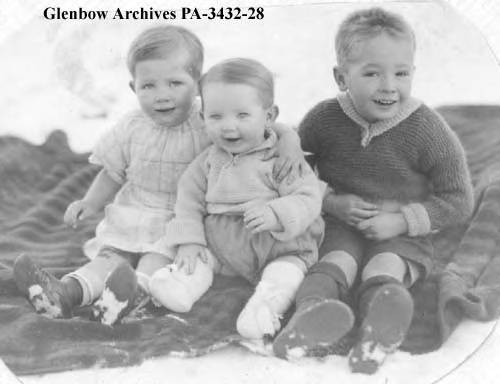 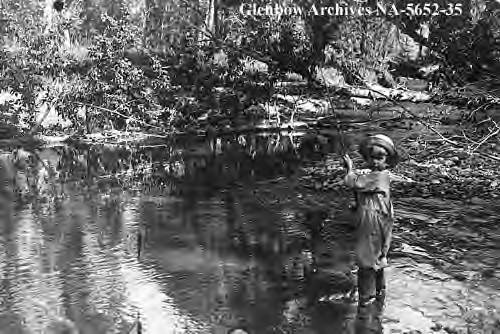 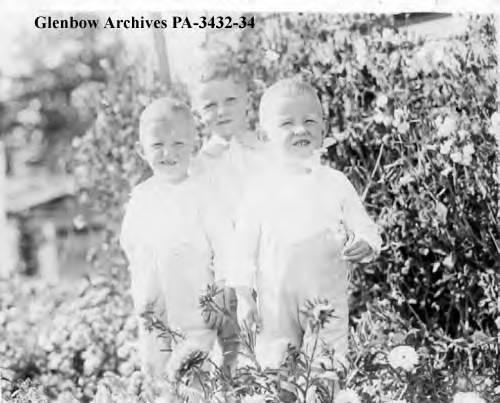 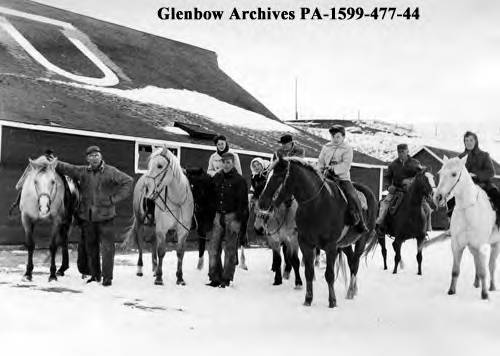 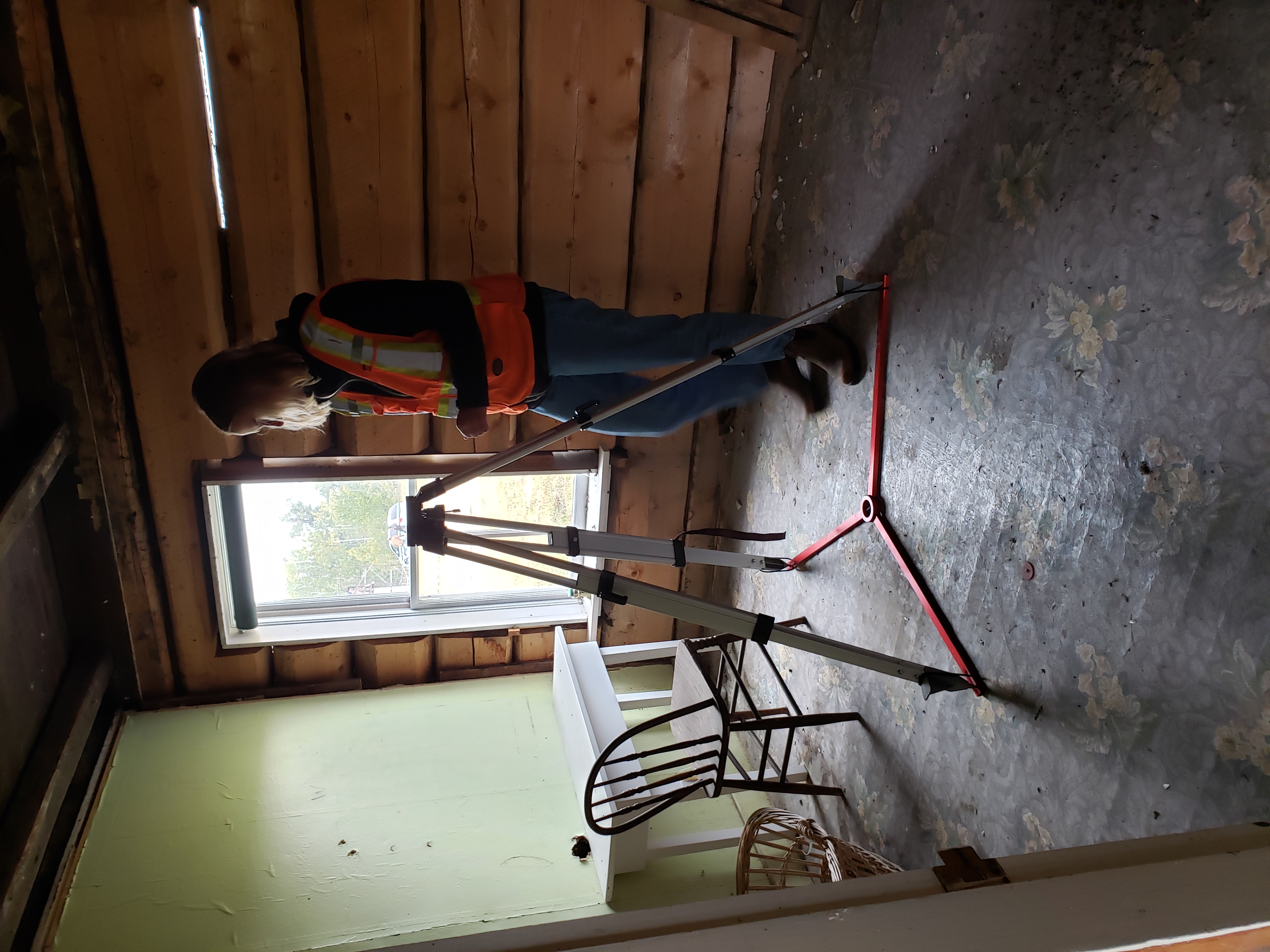 The Capture2Preserv team worked with Parks Canada to record the Foreman’s House before restoration. This will enable Parks Canada to assess the current condition of the building and to ensure that the structure will not be altered significantly to maintain its commemorative integrity. The Foreman’s House was recorded with two laser scanners (Z+F 5010x and Z+F 5016). The Z+F 5010x was used to scan the exterior of the building with 14 scan locations and the Z+F 5016 was used largely on the interior with 12 scan locations. Six targets were placed around the outside of the building to help with the registration of the scans. The scans were registered using Z+F Laser Control software and then exported into AutoDesk ReCap for further processing. The resulting point cloud was used to create a detailed 3D model of the building. In the future we hope to make detailed architectural plans of the Foreman’s House for management purposes. Only a selection of the scan location images have been added here as there are nearly 26 locations. The first four images are from the Z+F 5010X from scan locations 1, 4, 7, 11. The next five images are from the Z+F 5016 from scan locations 1, 3, 7, 9, 11. 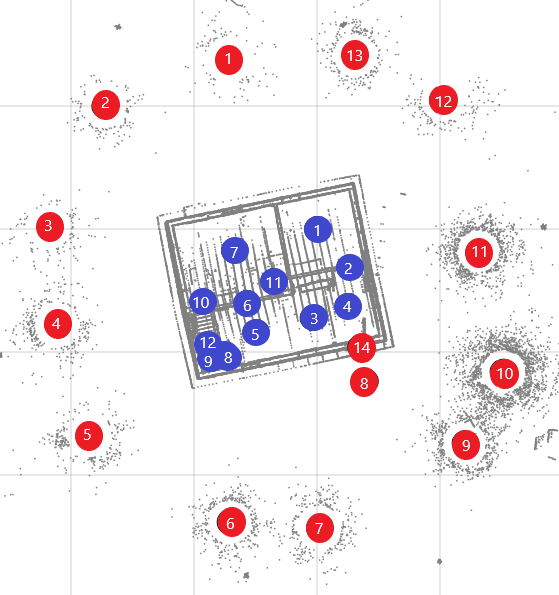