The Piggery is part of the Bar U Ranch complex, located on the Pekisko Creek to the northeast of the main headquarters. The exact date of construction is unknown, but it is thought to have been built on state-of-the-art plans from Iowa [2]. The construction techniques and style suggest that it was built prior to 1927 [1]. The Piggery is classed as a “large house with individual pens” and is one of the two most general classes of piggery design used in North America in the first quarter of the 20th century [1]. The building consists of a central feed aisle with an earthen floor, 12 timber floored pens created with movable partition walls and low doorways with sliding panels for pig access to the outdoor pig run [1].

The ranch was first established by Fredrick Stimson as part of the North-West Cattle Company (NWCC) in 1882, which employed the Bar U brand for cattle [3, 4]. The ranch changed ownership in 1902 when George Lane, former cowboy and foreman, and partners purchased the ranch and renamed it the Bar U Ranch [3, 4].  In 1908 Lane bought out his partners and started a world-class Percheron breeding operation alongside the cattle ranching [4]. The ranch flourished during the First World War, but a number of tragedies hit that caused Lane to liquidate many of his assets to try and keep the ranch afloat [4, 5]. When Lane passed away in 1925, banks took over all of his heavily mortgaged properties including Bar U Ranch [4]. In 1927 Patrick Burns then purchased the Bar U Ranch and operated it until 1948 as part of his ranching and meatpacking empire [4].  Since 1882 the ranch has survived three severe winters that decimated livestock numbers and led to many large scale ranch operations in the area to fold [4]. By 1950 the Bar U properties had been split up and sold with a succession of owners raising cattle on small parcels of the original Bar U land. In 1991, Parks Canada acquired 367 acres comprising the original ranch headquarters to commemorate ranching history in Canada [4]. At its height, Bar U Ranch covered 160,000 acres with 30,000 head of cattle and 1,000 purebred Percherons and now boasts the largest collection of original buildings in Canada [4, 6].

During George Lane’s ownership, the addition of the piggery was part of an initiative to make the Bar U Ranch self-sufficient, which included a large vegetable garden, raising poultry, dairy cows, sheep and pigs [2,5]. The means to process and store these resources are also present at Bar U with a slaughterhouse, root cellar, smoke house, and ice house [2, 5, 7]. Over the years a number of archaeological excavations have taken place at Bar U Ranch which have provided evidence of the quantities in which beef, pork, lamb/mutton, and poultry were consumed by the cowboys, as well as the cuts of meat [7]. Unsurprisingly, beef bones appeared in the greatest quantity, but pork was the second most consumed meat by the Bar U Ranch cowboys [7]. The cuts of meat prepared for the cowboys were a mix of higher and lower value cuts, suggesting that they were well provided for, and backed by the very few negative comments concerning food from interviews of ranch hands and domestic staff [7, 2]. The design and size of the piggery were capable of accommodating several hundred pigs with numbers fluctuating over the course of its use [2, 8]. This produced more meat than could be consumed solely by the staff of Bar U Ranch, and there are records that prove that the surplus was sold on along with the cattle [2].

The act of designating a historical resource only provides legal protection from its destruction or alteration. The act of preserving a historical resource for future generations can involve restoration, but active maintenance and repairs are needed to keep the historical resource in its current condition at a minimum. This can be costly as any of these activities need to be done sympathetically, usually with traditionally methods and materials, to maintain the integrity of the historical resource. Parks Canada actively maintains 171 historic sites. This is done through a cyclical process of identifying the risks that can impact the resource, monitoring, maintenance/repairs. The work done through the Digitally Preserving Alberta’s  Diverse Cultural Heritage project can assist with the monitoring aspect of this cyclical management by using change detection on different sets of scans from different points of time (see Okotoks Erratic).

These images show the layout of Bar U Ranch and some of the livestock types kept at the ranch, as well as the recording of the piggery in 2020 by the Capture2Preserv Team. All historical images were sourced from the Glenbow Archives. The map of Bar U Ranch was taken from Evans, Simon, M. 2004. The Bar U and Canadian Ranching History. University of Calgary Press: Calgary. 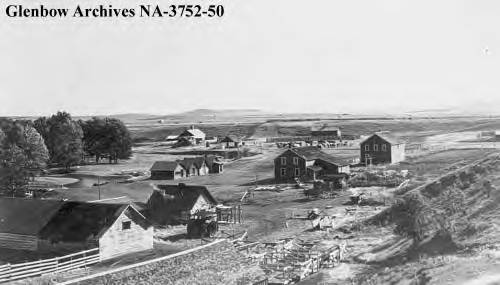 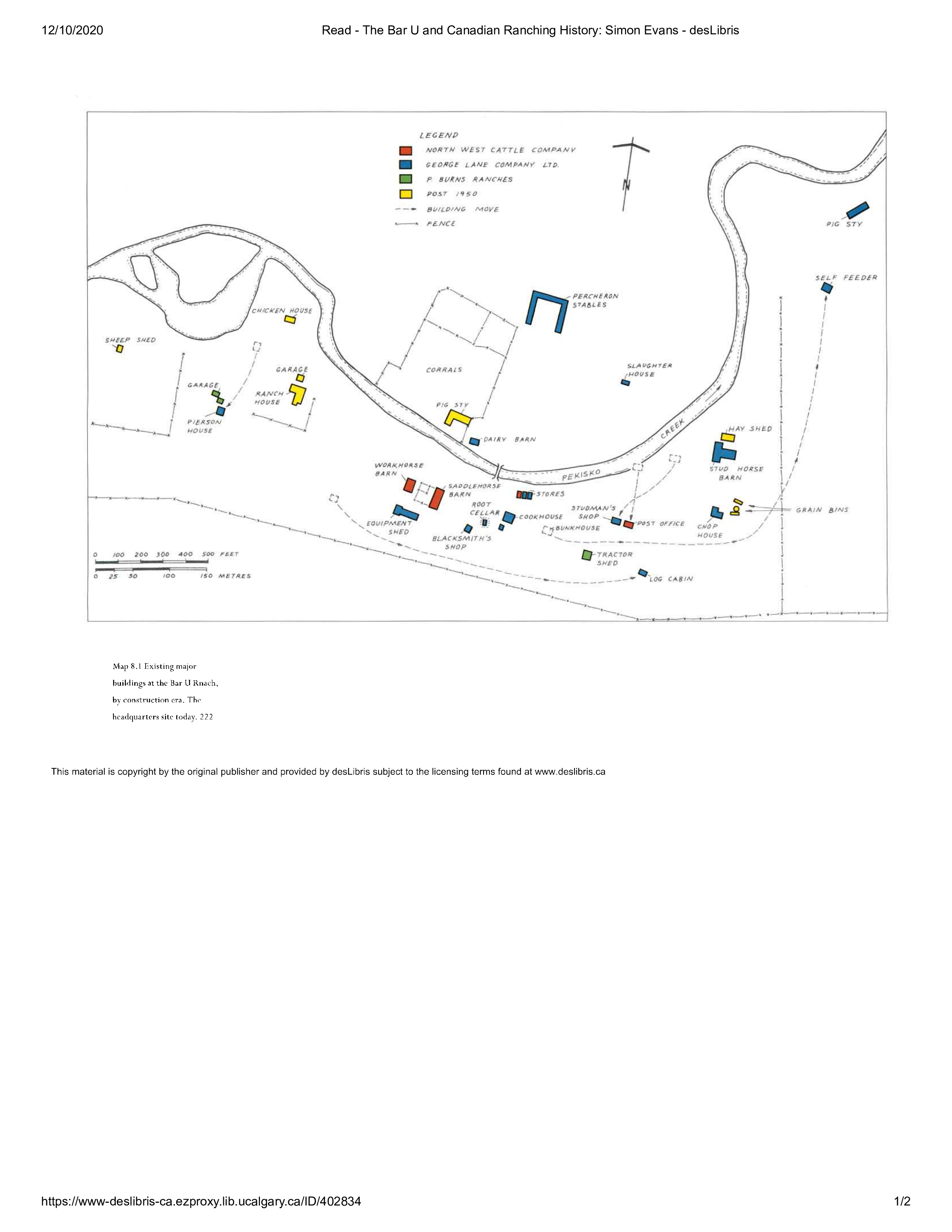 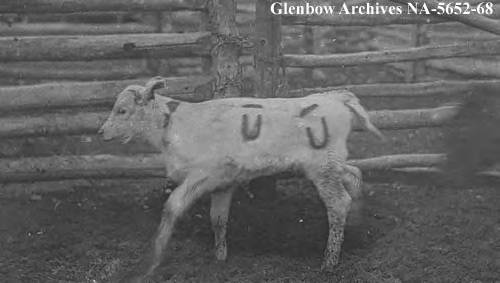 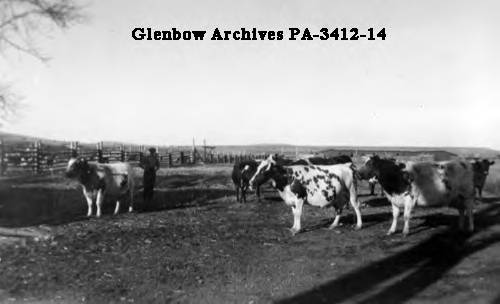 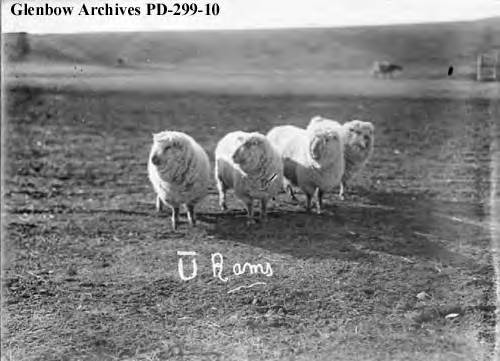 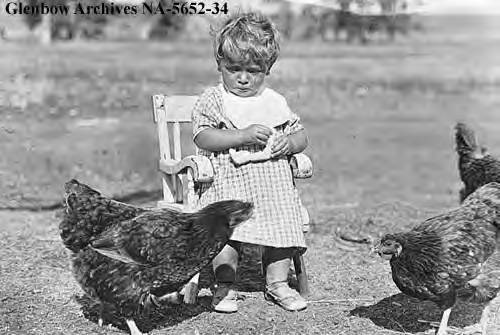 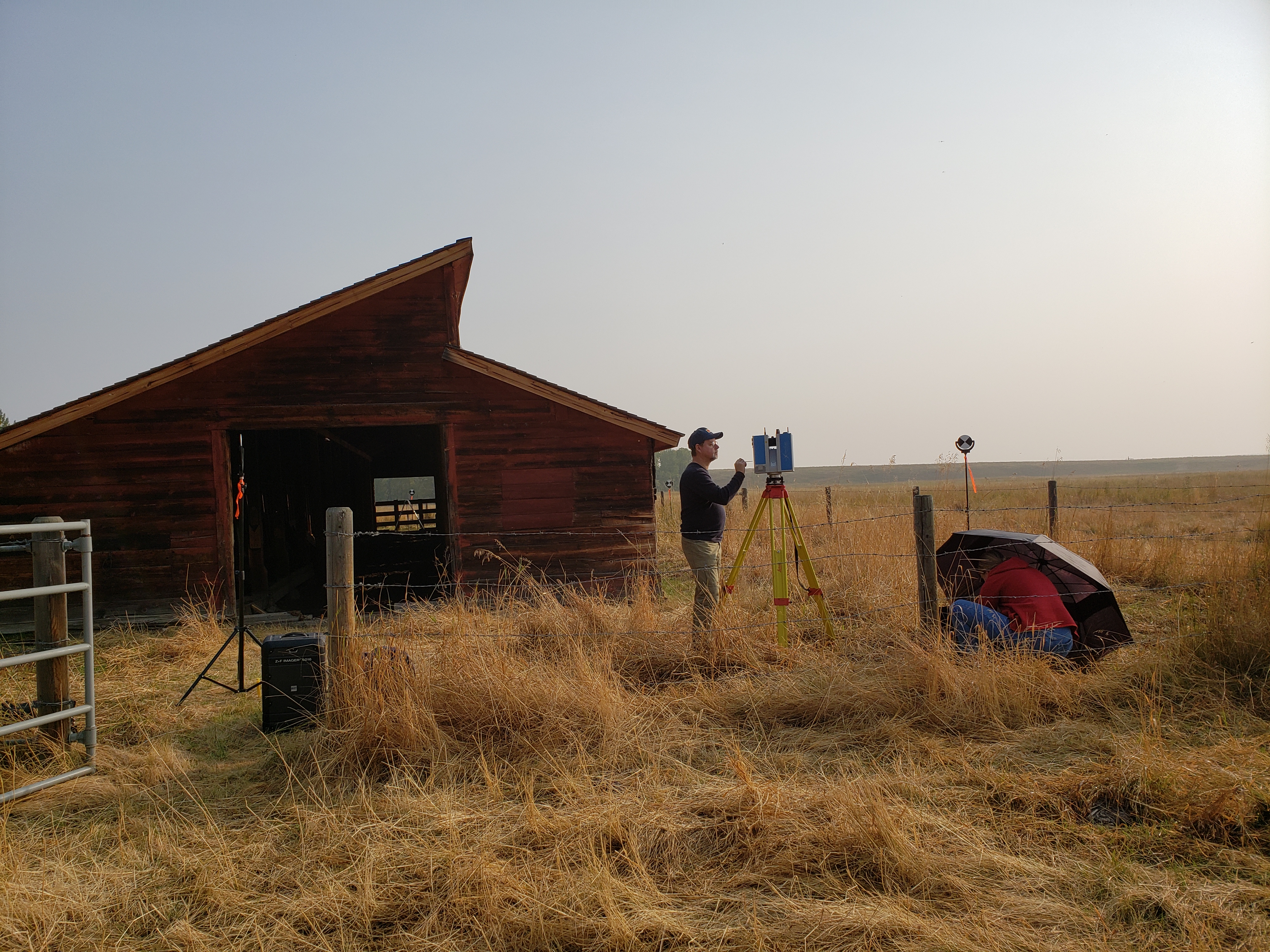 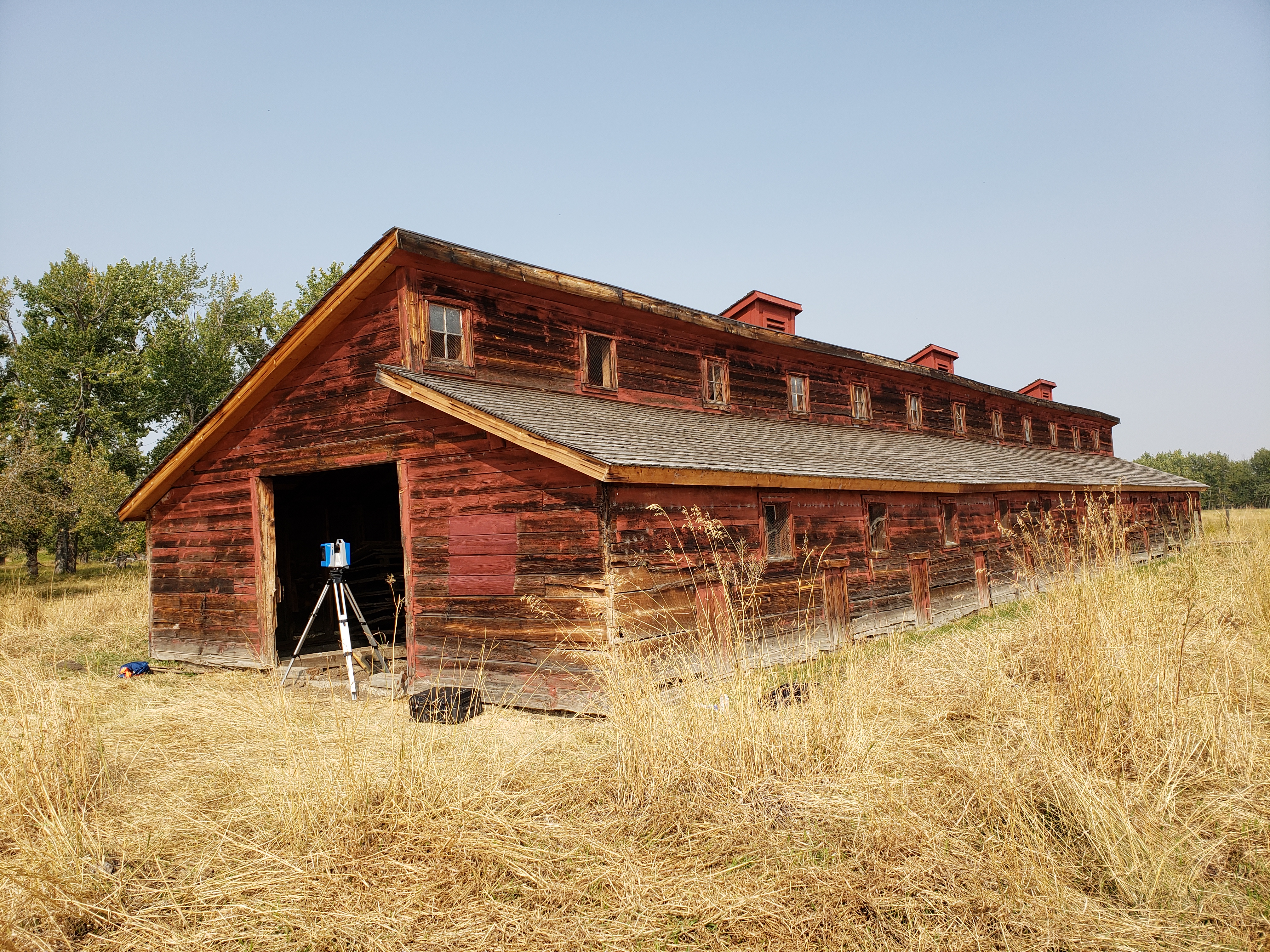 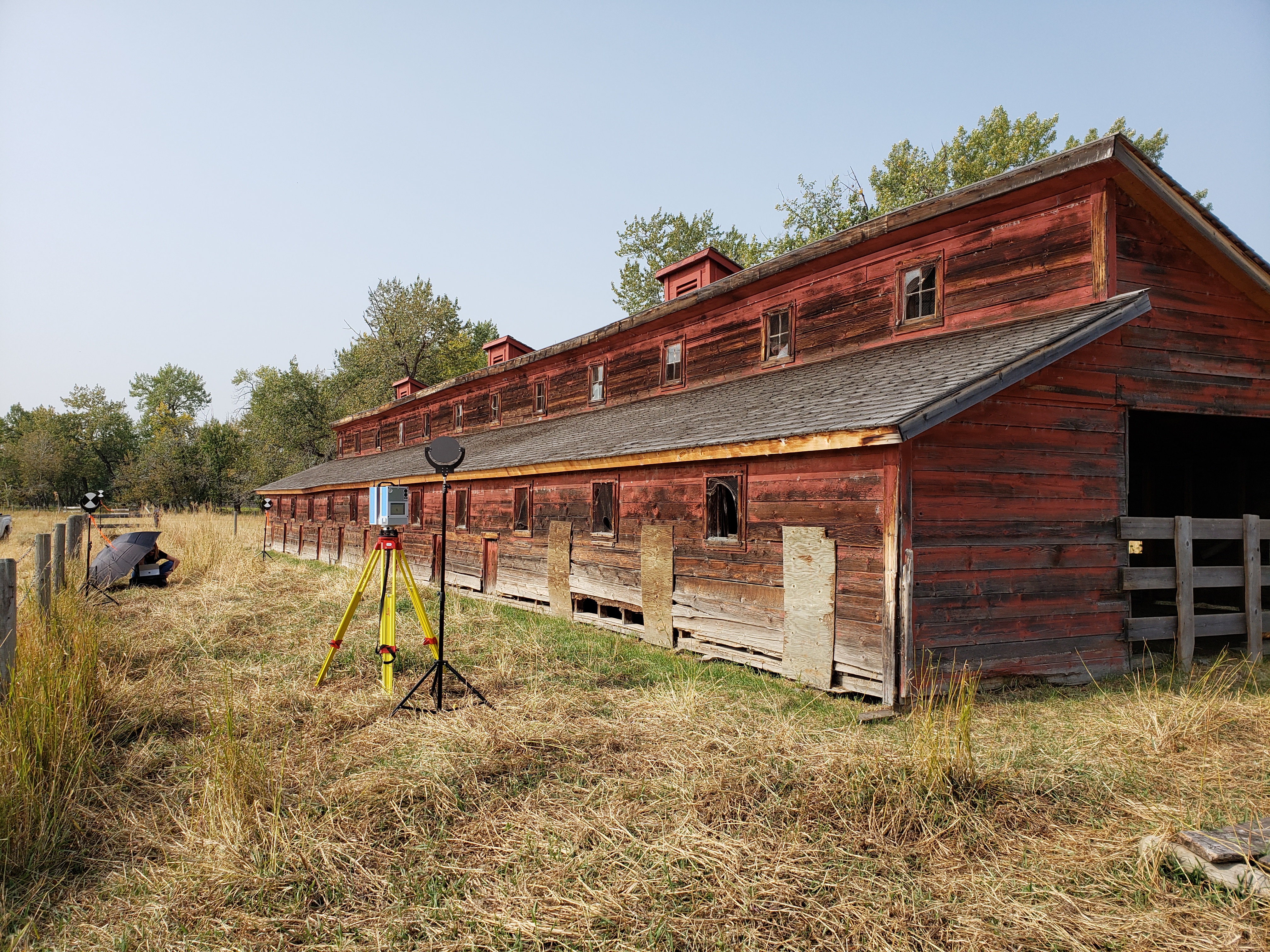 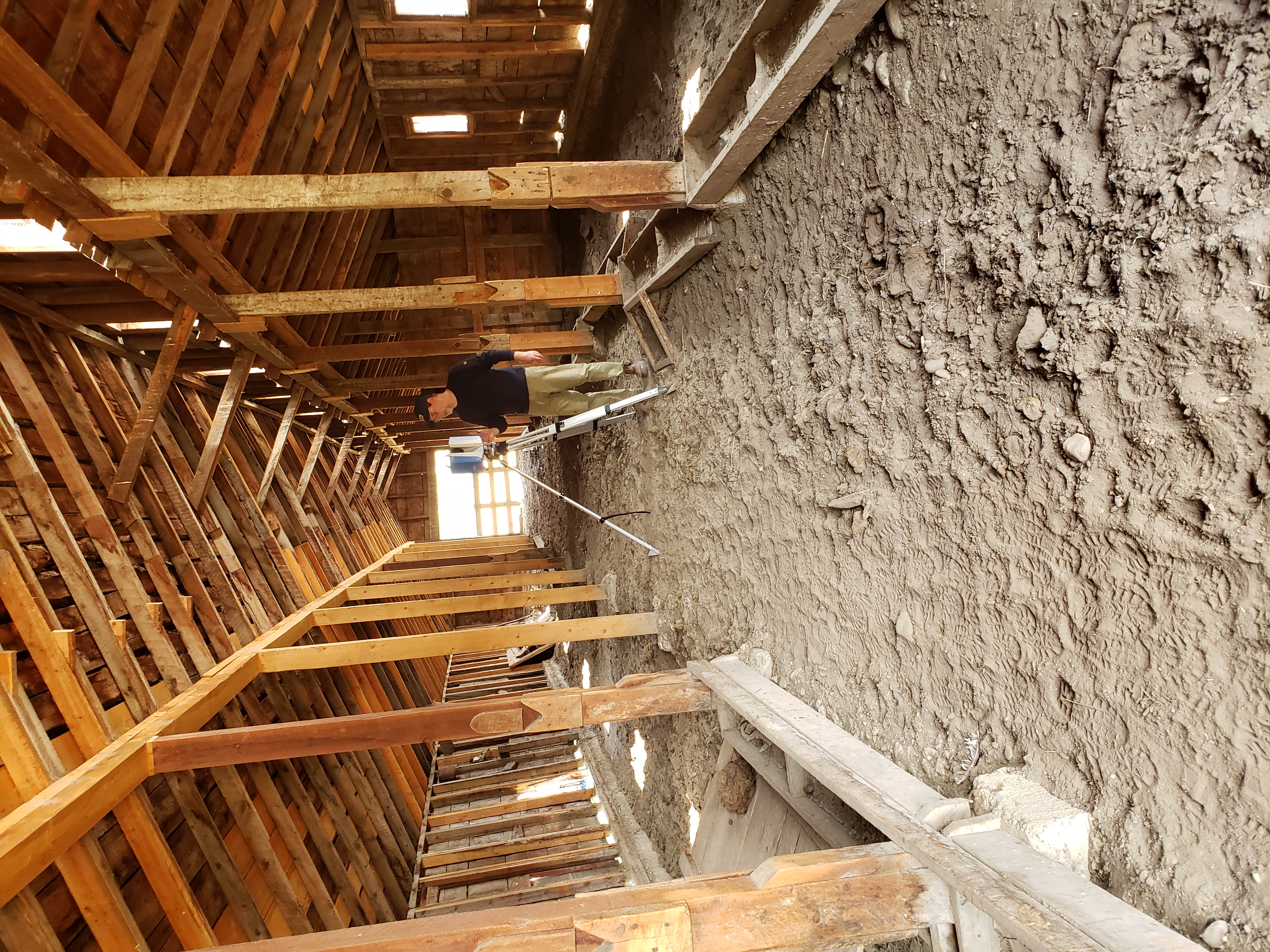 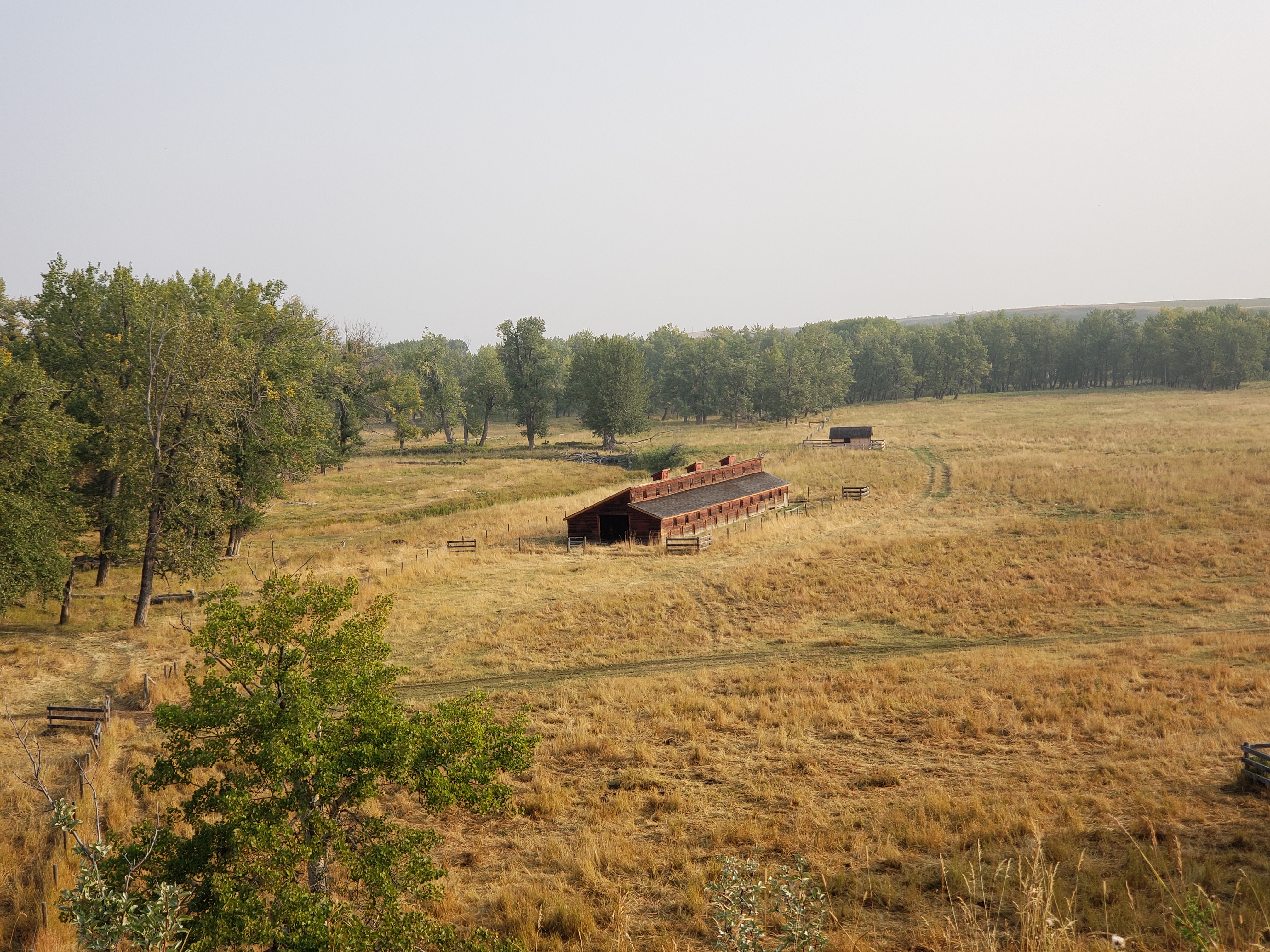 The Capture2Preserv Team worked with Parks Canada to record the piggery before restoration. This will enable Parks Canada to assess the current condition of the building and to ensure that the structure will not be altered significantly to maintain its commemorative integrity. The piggery was recorded with two laser scanners (Z+F 5010x and Z+F 5016). The Z+F 5010x was used to scan the exterior of the building with 25 scan locations and the Z+F 5016 was used largely on the interior with 24 scan locations. Ten targets were placed around the outside of the building to help with the registration of the scans. The scans were registered using Z+F Laser Control software and then exported into AutoDesk ReCap for further processing. The resulting point cloud was used to create a detailed 3D model of the building. In the future we hope to make detailed architectural plans of the piggery for management purposes. Only a selection of the scan location images have been added here as there are nearly 50 locations. The first six images are from the Z+F 5010X from scan locations 1, 6, 12, 16, 20 and 25. The next three images are from the Z+F 5016 from scan locations 1, 9, 23. 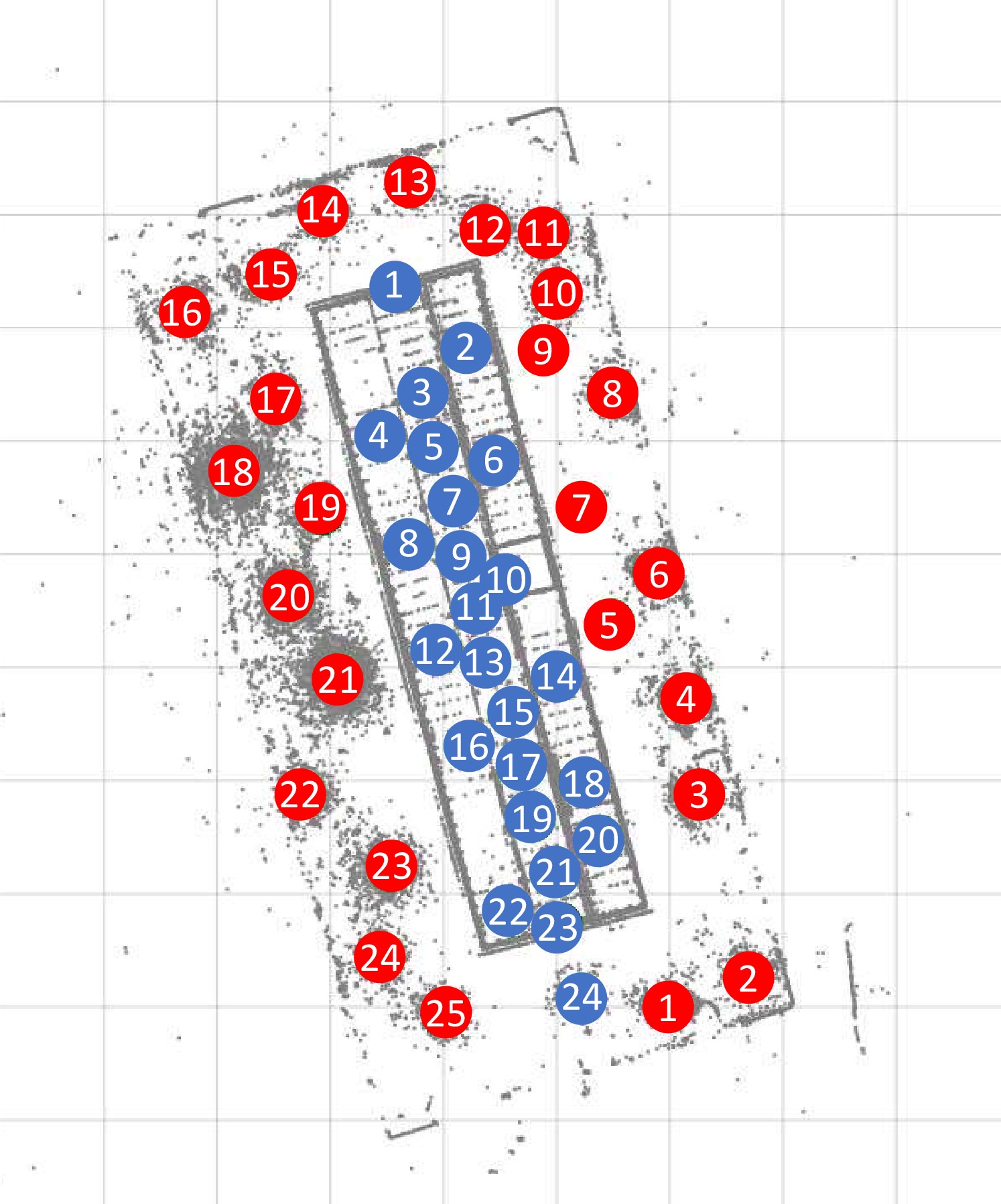 The raw data files for this project are available for download from the archive repository. Scans are .las file format. Please download the metadata template to access metadata associated with each file. All data is published under the Attribution-Non-Commercial Creatives Common License CC BY-NC 4.0 and we would ask that you acknowledge this repository in any research that results from the use of these data sets. The data can be viewed and manipulated in CloudCompare an opensource software.